Dénia winless after losing to the Elche-Ilicitano (2-0)

Referee: Masero Vesga, assisted by Valle García Núñez and God. He admonished the local Samu and Solano. And to Nicolas Ribes, Ivorra, Roberto, Victor and Dani visitors. He drove the visitor Escobar with a straight red in the 75 '.

They are eleven days leading Dénia winless in Group VI of Third Division and this is killing him at the bottom of the standings. Despite the relief in the technical equipment remains sunk into a depression of play and results that will have to tackle as soon as possible to avoid being squarely in hell.

The first half was dominated by franjiverdes, who like to party carry handle with good touch football. The result of this domain arrive early chances. Denia improved somewhat as the minutes passed and had a good occasion to inaugurate the scoreboard with a Chilean who was out by centimeters. But the initiative was always the ilicitanos, who were not successful in front of goal. For this reason it came to rest with zero initial draw.

The goal came a minute 70 time, in a good collective play, the killer Carlos beat Nico from inside the box. The second goal was not long in coming. Escobar, according to the referee, Carlos dropped in the area, pointing out the corresponding penalty and driving with a direct red Dianense defender. Yerai undertook to transform it into the 2-0 and settle the match. 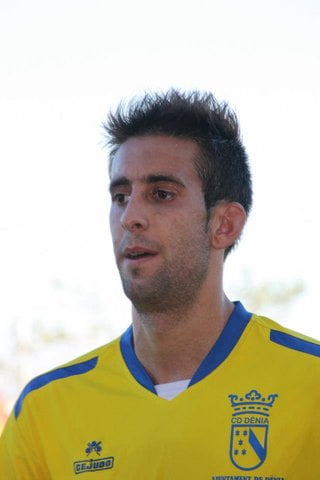 Victor returned to the team against Elche.