The youth team Dénia Futsal, Remains in the top of the rankings in northern Alicante Provincial First group to win the third day of league at Teulada 7-4 FS.

The Dianense set had a beginning of sweeping game and 3-0 managed to get in a few minutes. Jaime Moreno those enjoyed many occasions to leave the party but sentenced visitors took a defensive after local to establish the 3-1.

The dianenses continued their high tempo, putting intensity and fruit of it came the fourth and fifth goal. Teulada before halftime pulled one back with two goals and got back into the match. 5-3 with the first part ended.

In the second half the visitors, a little more settled, managed to close the gap with the fourth goal. Far from unsettle yellow, he encouraged them to continue their game and mastery and twice achieved the sixth and seventh goal. At the end of the match it came with the score of 7 to 4.

This weekend's pupils travel to Calpe Jaime Moreno to play the fourth game of the season. 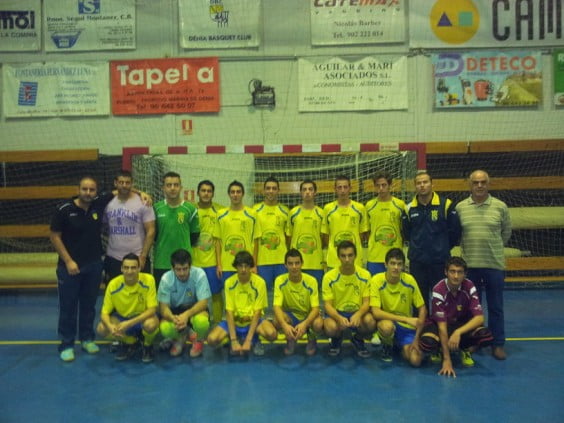