The Dénia "El Rovellet" Trinquet was the setting chosen for the presentation of Dénia Corre, a team that last season played the "Circuit a Peu Marina Alta".

Training that emerged after seeing the large number of small and large groups that defended the colors of Dénia in this competition and enjoyed running. The unification of all in a single group was chosen under the name of Dénia Corre. In this way they disputed the last edition of the Circuit to Peu Marina Alta. 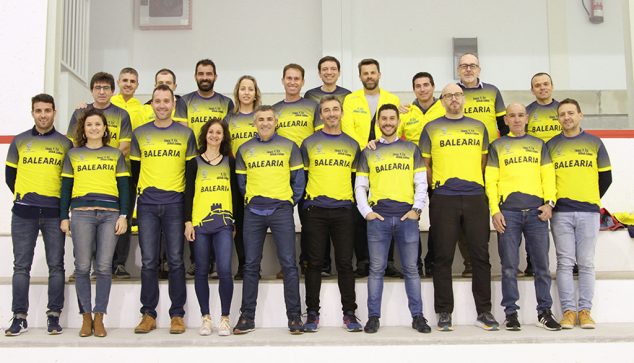 At the end of this competition and observe that the experience had been positive, the consolidation of this group was considered in order to participate in all the races, both asphalt and mountain. Not only those of the Circuit de la Marina, but all those who come, under the name of Dénia Corre.

It has been a somewhat complicated task. Each of the clubs, teams or groups with this unification decision have renounced part of their identity to become part of a single sports project.

The president, Jordi Jorro, had words of thanks for the hundred attendees, for the new board for their effort, for the City Council, as well as for the company Baleària as a sponsor.

This season, Dénia Corre is made up of a total of 130 athletes, adding the people who run asphalt plus those who make mountains.

The unification project has the approval and support of the Sports Department of the Dénia City Council, which is headed by its mayor, Raúl García de la Reina, in addition to the sponsorship of Baleària and each of his athletes who have already Xàbia They walked his new shirt bearing the name of Dénia Corre.

In the presentation, Raúl Garcia de la Reina greeted all the components of this sports training to which he announced the good news of the imminent start of the remodeling of the athletic track, in addition to highlighting the large number of members in the team, betting on the continuity of the project.

During the presentation, tribute was paid to two illustrious veterans, Pedro Picazo and Jaume Avargues, two athletes who must be thanked for all the years they have been participating in the popular races. Its constancy, companionship that they have always demonstrated, teaching such important and necessary values ​​in the world of sports was highlighted. 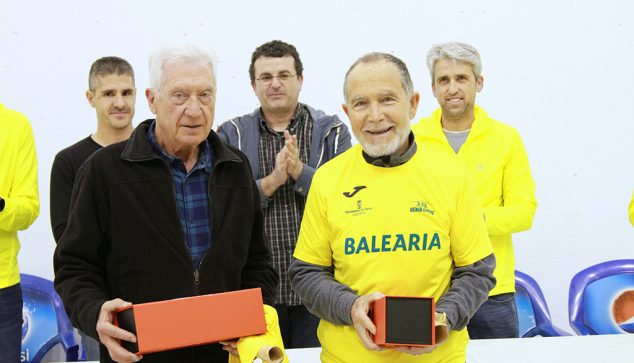 This season they will not be with the rest of Dénia Corre's friends, since they have chosen to hang their shoes after so many years dedicated to athletics. Although they do not run in tests if it is easy to find them rolling on the running track. Both received a small gift as a tribute.