El Dénia junior female Básquet He fell in his visit to the track of Picken Claret by 78 to 43. The match was of clear dominance of the Valencian against a rival that with the passing of the minutes was diluted in their game.

The dianenses after a good start to the match, which took the lead, 0 to 4 by, they saw how slowly the rival was beating. The first quarter ended with the advantage of 17 to 12 valencianas by.

In the second quarter, the low Dianense percentage in attack added to the accumulation of fouls, was key to the rest was reached with a Valencian advantage by 41 to 23.

In the third act, the Dianense set out with a more aggressive defense. This hindered the scoring power of girls Picken Claret. The players who heads Pati Suner, They rushed in attack and this made the differences were maintained.

In the last ten minutes of the crash, craving for wanting to close the gap soon it caused a collapse in the Dianense attack. Poor shot selection and poor rebounder made the Valencian baggage were playing a pleasure. At the end of the clash was the score 78 to 43, leaving the juniors of Dénia Básquet in last place in the standings.

Dianenses girls now to touch them replenish energy and hope Teresa, Ainhoa ​​and Mary will soon recover from injury, the team made a lot missing. 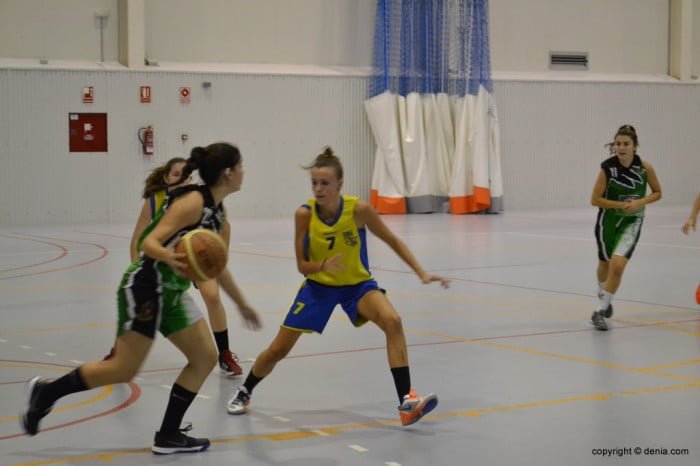