The Consell prepares an interdepartmental meeting to agree if the current restriction measures due to the health crisis are perpetuated for a longer time and, if so, until when. Although it is true that the incidence of the coronavirus is remitting, the deaths and hospital admissions in the Valencian Community remain unacceptably high, which may force these measures to be extended. 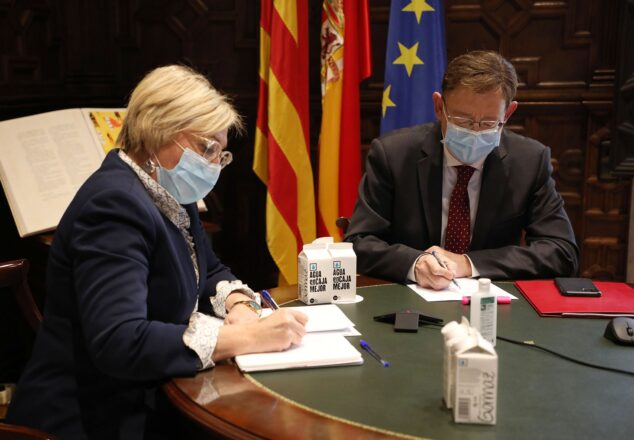 Meeting between the president, Ximo Puig, and the Minister of Health, Ana Barceló

It is no secret that both the president, Ximo Puig, and his team are considering the possibility of maintaining the current restrictions for longer. The truth is that everything points to this, although many factors remain to be determined.

On the one hand, it is unknown how long this extension would be. The usual thing is that it is from fortnight to fortnight, so until March 1 we would continue as before. But pressure from some groups, such as the hospitality industry, could encourage them to reduce the extension to just 7 more days, so that before the end of the month these restrictions would be eased.

On the other hand, it is unknown whether all the restrictions or only some of them would be maintained. It appears that the current business hours and even the perimeter confinement of the community and the cities during the weekends are hinted to remain unchanged. However, the possibility of easing the limitations in current social gatherings would be considered. In addition, it is possible that the hotel industry will be allowed to reopen on a reduced schedule, although sources consulted also indicate that they will remain until March 1 as it is.

Possibly tomorrow the future of the current severe restrictions that have left the Valencian Community in a situation of semi-confinement will be announced and that, also, have allowed the third wave of the pandemic to come to an end.

What does aid to the tourism sector consist of and who can access it?
17 of February 2021

36.632
4.278
10.968
2.120
We use cookies necessary for navigation and traffic analysis. We do not use cookies that provide us with personal data or advertising cookies.
More optionsACCEPT
Manage consents