The team of the Club Deportivo de Vela Marina el Portet de Dénia led by Chiqui González and Yann Lythgoe has participated, on October 10 and 11, in the 2020 Regional Cruises Championship that was held in Calp waters, under the organization of the Real Club Náutico de Calpe, specifically in the ORC 1 and ORC 2 categories. The Dianense fleet suffered from technical problems that relegated them to eighth position. 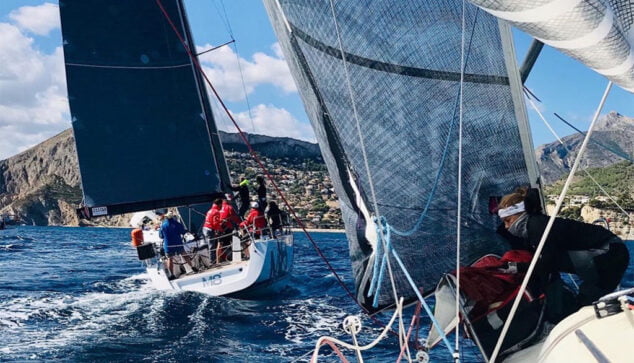 The first day of competition the wind barely wanted to make an appearance, so the first tests could not be completed. Already on Sunday, four windward and leeward tests could be carried out, with a constant wind of around 14 knots, which reached 25 knots at times.

The complications were evident already at the beginning, so the Club de Marina El Portet had to withdraw from the first two competitions. In the third and fourth tests they already sailed in optimal conditions, and with good results. However, not having scored in the two initial appointments did not make them progress to be able to top the general classification.

The absolute winners were Tagomago, from RCN Calpe in ORC1 and ORC 2; and Aurora, from the same local club in the ORC 3 to ORC 5 category.