The chef Quique Dacosta and the writer Manuel Vicent will present their reflections on the possible ways out of the crisis in the Spanish cultural sector in a virtual meeting to be held on October 26 and 28. Both have been invited by the Office for Innovation and Creativity of Dénia to participate in the first joint action organized by the nine Spanish cities that belong to the UNESCO Creative Cities network. 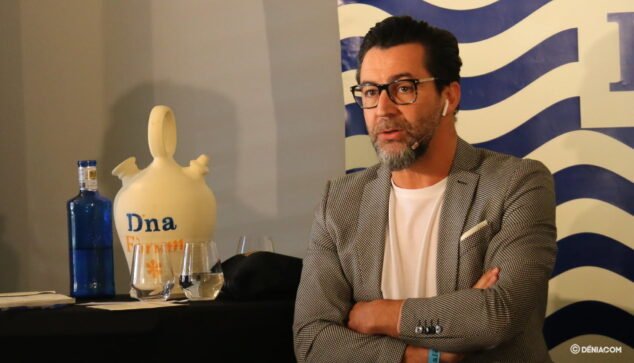 Quique Dacosta during the 2019 Dna fòrum

In this meeting, which has the slogan "Preventive Creativity", there will be professionals linked to the different creative fields that develop projects in these cities. Manuel Vicent and Quique Dacosta will coincide at the debate table that will open the conference, on Monday 26 at 18 pm, with the title "Will we resist?"

Following the common thread of the meeting's title, "Preventive Creativity", the discussion tables, led by representatives of the creative cities of Granada, Burgos and Llíria, will revolve around the exposition of the different realities of the cultural sector at the time to face the current crisis, the resilience of artists in the face of this adversity and the role of creativity in the reconstruction of the cities of the future.

The discussion tables can be followed through the YouTube channel Terrassa City Of Film, the city responsible for the dissemination and implementation of the event.
The virtual meeting will also make a niche within the programming of the SEMINCI, Valladolid Film Festival, and the Terrassa Film Festival, UNESCO Creative Cities of Cinema, with the presentation of their speakers from the stages of both festivals, which take place between October 20 and 30.

These two days have been organized as a result of the joint promotion initiatives of the group of cities that are part of the UNESCO Creative Cities network and that have the institutional support of the Spanish Agency for International Development Cooperation of the Ministry of Foreign Affairs.