That the crisis of COVID-19 has changed everything is an indisputable reality, but yesterday, the members of the General Assembly of the Business Cercle Marina Alta, held last Tuesday at the Dénia Business Incubator of the Chamber of Commerce, put on the table the possibilities that still open in these circumstances, and precisely thanks to the adoption of the "telecommuting".

In fact, one of the bets of the Board of Directors for the coming months, as explained by the President of CEDMA, Benito Mestre, is to take advantage of the digital transformation in the region, for which better telephone networks are needed, and will be claimed. and the internet, a historical demand of the Cercle Empresarial.

Many were the voices that expressed themselves in the same sense, such as the former president of CEDMA, Miguel Agulles, who remarked that there is “Before and after thanks to the phenomenon of teleworking”, and that precisely this could be the key to a significant deseasonalization. 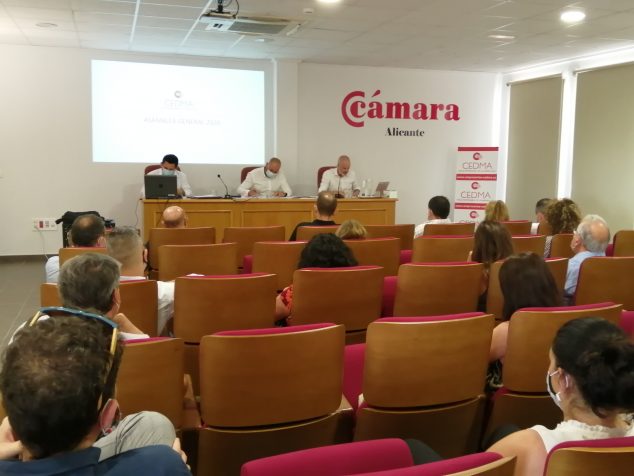 "Many owners of second homes could spend periods of several months in the region" if the conditions for teleworking were optimal.

In this same sense, the president of the Association of Rental Companies, Mariano Espinosa, pointed out that in this year's hiring a very significant number of clients have demanded good internet connection as a priority condition, which together with the fact that "There is demand for the product we have in the Marina Alta, which is isolated accommodation" suggests that with a good infrastructure "People who have the possibility to telework could think about spending the winter here."

It was not the only matter dealt with in the Assembly, in which it reported on the activities carried out during the last year, the accounts were approved and new members were welcomed. Regarding the forecasts for next year, according to the president of CEDMA, it will continue to bet on the reactivation of the industrial sector, agility in the procedures of the Public Administration will be claimed, as well as legal security, it will still be bet more for the Marina Alta as common territory and the implementation of the Sustainable Development Goals will be promoted.

The members of the Assembly also wanted to publicly thank our Health Department for the health management carried out during the COVID-19 crisis.