The CD. Dénia returned to winning ways by winning the Massanassa (3-1)

The Dianense whole has regained winning ways after a few weeks that went missing. He defeated very clearly to Massanassa CF, by 3 1 to the debut of new coach Fernando Maestre. Kick off before the game was made, Pepelu, Sub 17 international player. he received a standing ovation from the audience at this meeting.

The match at Field Diego Mena He was controlled by the local team, since his opponent simply wait for dianenses errors. It cost much to set Maestre pick up the pace of play, with a rather slow game that barely created problems to Valencia behind.

the minute 23 a good center Carlos Ribes, It was headed by Panucci but the ball went over the bar. 39 minutes played, a great play on the right wing of the home team, the culminating Carlos Ribes marking the first goal of CD. Dénia. A goal that gave the home team tranquility. 42 in minutes, was extended Panucci who headed in a ball for Josep very quick to step forward to his counsel and after dribbling the goalkeeper in its output, marking the second local goal.

It seemed that was the goal of the sentence, but in the last minute of the first half, a free direct hit, launched masterfully by Francis helped the Massanassa Marcuse his goal. 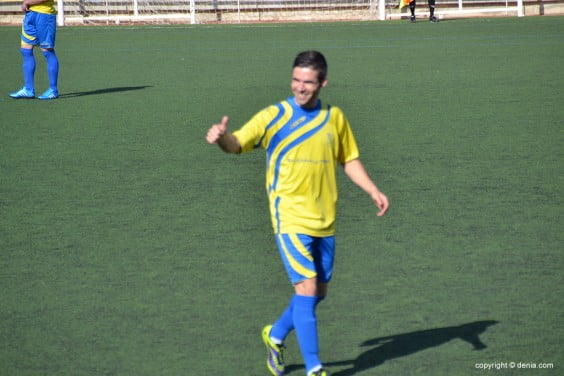 In the second part, Master ordered his best team in midfield, the game was much more dynamic and the team gave a better picture. Josep 65 minute I shot in the visitors' keeper had to reject the ball. 71 in minutes, a long kick Maxi, made the ball came to Panucci that before the departure of goalkeeper Valencia, Marcuse Vaseline Dianense the third goal.

The last chance of the match had it again, Panucci when he headed a good sent Carlos Ribes, and the ball went out hit the post. A victory that comes in handy to the team to regain confidence. Highlights in this match the commitment of the entire team but especially the older players who knew how to throw the team on his back. Great game Carlos Ribes, GervasioPaco and Mono who excelled in the remarkable tone for the rest of players. 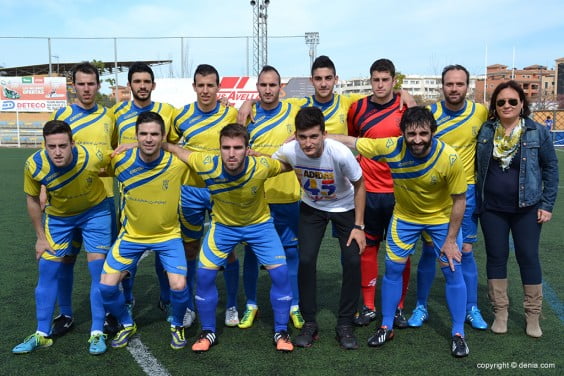 37.023
4.286
11.245
2.140
We use cookies necessary for navigation and traffic analysis. We do not use cookies that provide us with personal data or advertising cookies.
More optionsACCEPT
Manage consents