The CD Dénia travels with the intention of winning at Alginet

Dénia will play in the field "La Ermita" of Alginet in front of the local team today at 16:30 p.m. A match that will feature the direction of collegiate Bernat Ferre. 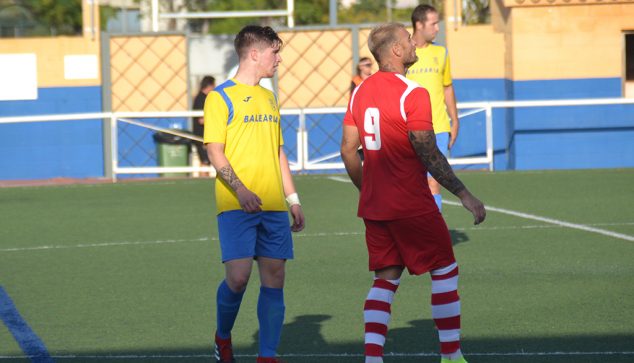 Álvaro La Peña with the center forward of Alginet

The boys that Manuel Esteban directs travel with the intention of winning the riverside set and bringing the three points that would leave him very close to the permanence. For this they will have to greatly improve the image given in the last match.

Dianenses are not waiting for a simple encounter, given that the Valencian team is trying to escape from the relegation places. Currently they are only three points above. That is why they will try to make it very difficult for a Dénia who is not doing as well as his coach would like.

The irregularity has returned to the bosom of the Dianense squad, where things do not just round up. It seems as if the players had entered a nebula of anxiety to be close to the final salvation and this leads them to not finish rounding the matches.

Esteban has the discharge of the Álvaro La Peña plant, which due to the accumulation of cards has dropped a penalty match. This will force coach Groguet to have to make modification in his defensive line, since he runs out of a man who has been fixed in the lineups since the first league game.

Change of place to do the assemblies

Next Tuesday, the 18th, the CD Dénia will hold two assemblies with its social mass. The schedule will be at 18:18 p.m. in the first call and 30:XNUMX p.m. in the second in the auditorium of the Llebeig school, although other spaces were initially considered.