Giant step given by the CD Dénia to maintain the category, with his triumph against Carcaixent by 3 to 1. The dianenses exceeded in intensity and game to his rival and traced a match that was complicated with the goal of Adolfo. 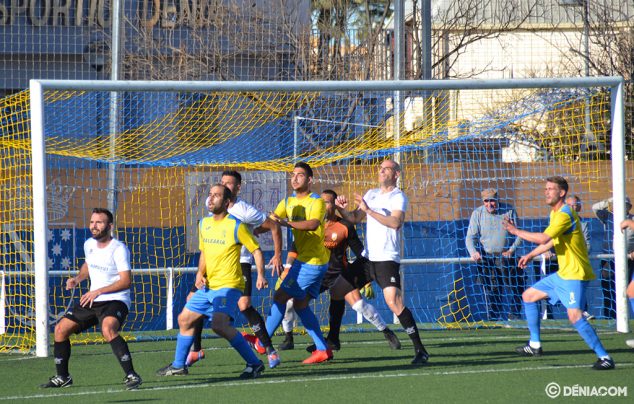 From the same initial whistle it was found that the team led by Manolo Esteban was not going to give anything to his rival. The riparians played a lot as they are in full struggle to be in the promotion of promotion. The formation that José Castillo trains faced the match in the Field Diego Mena knowing the tie between Castellonense and Tavernes and the triumph of the CD Jávea. 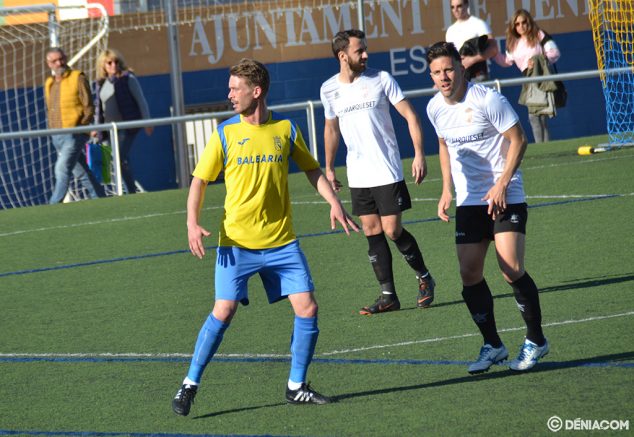 The locals, with the serious casualties of Ferrán, Santafé and Coke, left without any complex and gave the first warning with a strong kick from Roberto Navarro who repelled the crossbar. With better positioning on the rectangle of play and without taking a lost ball, they outperformed their rival.

When the team at Marina Alta was doing better, the jug of cold water arrived half an hour later. A corner kick was finished off by Adolfo at the bottom of the net. It was his first shot on goal and the visitors got ahead on the scoreboard. In spite of that, the local reaction was very good and they continued looking for superiorities by band, with a very inspired Vicent and Robert, who were a nightmare for their defenders.

The break was reached with a visitor advantage but with the feeling of being able to overcome in the second half. It was good for the locals that the referee saw the clear aggression of the visiting Cristian center over Jordi, who he threw to the ground with an elbow in the area. There were no doubts and the referee indicated the maximum penalty, which Roberto Navarro was responsible for marking. There were protests in the stands as the visiting player only saw yellow card when his action deserved the red.

Two minutes after that goal, a great play by the Dianense attack came that culminated Roberto Navarro, scoring 2-1. From that moment, Castillo moved his bench looking to give freshness to his team. Estaban's defended very well despite the fact that Carlos Ribes he had to retire injured. This caused Jordi to move to play central moving Lucas to the right side.

The visitors were pushing but the locals, whenever they could, tried to go out in quick counterattacks. After a throw-in, the ball reached Josep, who threw a shot at which nothing could make the visiting goal, Camilo. It was 3 to 1, which sentenced the crash as it arrived in the 89th minute. The referee extended the game for more than four minutes but the score no longer moved.

The three points added by the CD Dénia leaves him in the ninth place of the classification with 30 points, surpassing Pego who equals points and Pedreguer who leaves with 2 points below. Although what is more important, it goes to 11 points of the relegation places in the absence of 10 days for the end of the league.