El CD Dénia still unbeaten after drawing against CD. Llosa (2-2) in a match that was played in the "El Sequiol" of Llosa. 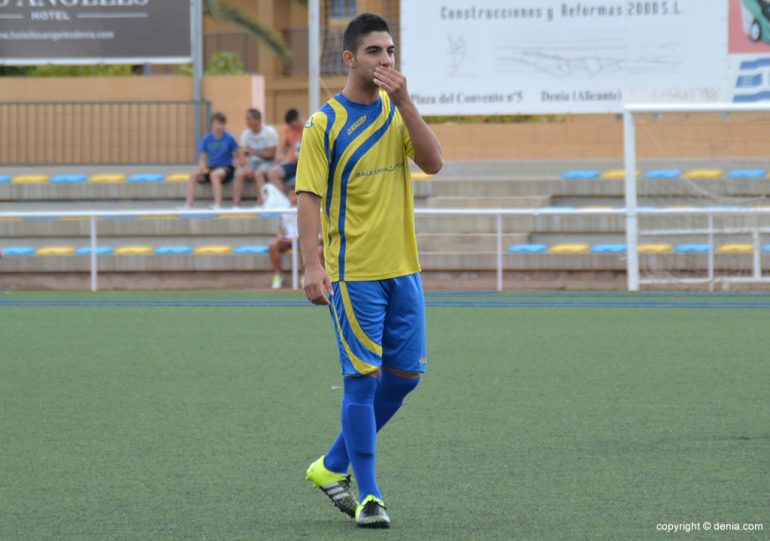 The dianenses took the field well planted and that caused controlasen the game in the opening minutes. With the passage of minutes the home team was dropping and began to control the ball more. When Valencia were better, Cardona hit to beat the home keeper getting 18 0 minutes to the a1.

With that goal, the men who run Juan Carlos Signes They gathered lines and tried to surprise the local defense. Josep Renzo first and then had occasions to have left sentenced the crash, but their shots did not find the target.

In the 40 minute came the equalizer both local Quique hooked a good volley and his shot was glued to the post so the goalkeeper Maxi Dianense could do nothing to tackle the ball. With one tie break was reached.

On the resumption the CD. Llosa came out with new energy and made Maxi work on a shot from Vila. The dianenses seemed that they had remained in the booth because they did not succeed in stopping the game of the premises. In the 55 minute, Fran Durá scored the second goal for the locals.

This goal reacted to the dianenses that when seeing inferior in the marker they returned to handle the game. Three minutes later, Panucci got the equalizer goal at the end of a great collective play.

Things got complicated for CD. Dénia Nico saw the second yellow card in the 66 minute. The dianenses knew how to adapt to the situation of playing in numerical inferiority. It was precisely the whole of Signes who managed better than his rival on the pitch.

The controversy came in 77 minute when a penalty is called in the local area that the referee did not say. At the end of the match it came with two tie on the scoreboard that helps the team follow in the Marina Alta headboards level posts.