The CD Dénia was surprised by the colista (1-1)

El CD Dénia He was surprised by the bottom, Llosa, who took a very fair point of the Field Diego Mena by tying one. The dianenses did not know how to close the match, wasting clear opportunities to score and, in time of extension, the visitors scored the goal of the equalizer. 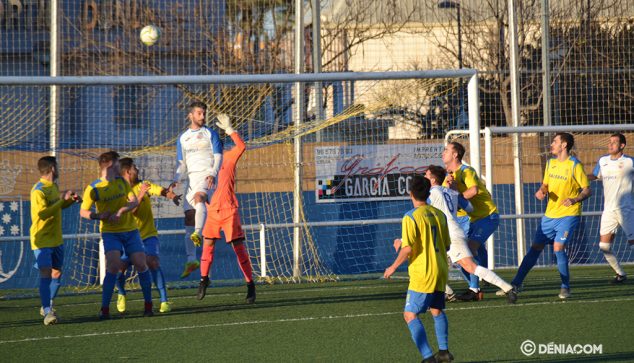 The dianenses defending a corner

The good streak of the dianenses broke, not of results although of game, since those of Esteban were of more to less of exaggerated form. They started sending on the pitch and ended up asking for the time before one of the weakest teams in the group.

In the first half, Esteban's boys clearly surpassed an opponent who only dedicated himself to defending, but without playing a single ball with judgment. Simply clearing balls stopped the weak and predictable attacks by locals. 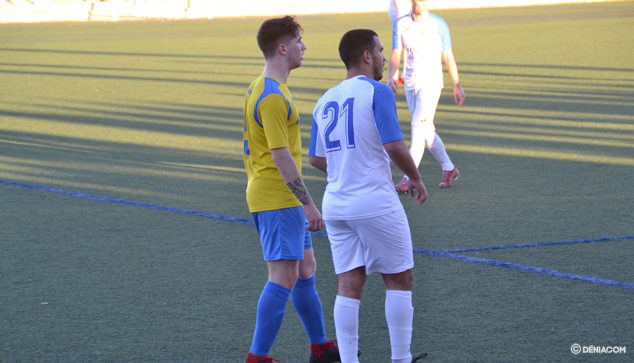 La Peña one of the highlights of the CD Dénia

Halfway through the game came the dianense thanks to an accurate stubborn Jordi to which nothing could do the rival goal. With advantage on the scoreboard, the Dianenses, far from calming their game, chose to get their opponent's. That caused the ball to go from one place to another, but without any criteria. The break was reached with a local advantage by 1 to 0.

In the second part more of the same, the work of the Dianenses midfielders went to the background. The physical plane of Jordi and Santafé was unfortunate, the two players, in the absence of half an hour, could no longer stop the visitors' push. This caused that the CD Dénia lost its control of the game and the visitors, without doing anything of the other world, began to arrive at the area of ​​Pedro.

In attack the dianenses had two clear chances that they failed to materialize a Coke that was very unfortunate in their shots. Despite the greater control of the visitors' game, the local goal barely had to intervene.

The soccer punished the dianenses already in time of prolongation when in a favorable fault to the CD Dénia, that the referee did not sanction, the Llosa plenty one against with a ball to the back of the central ones that arrived until Andoni, that stung the ball before Pedro's exit, beating the local goalkeeper.

There was no time for more and the locals let fly two points they had in their hand. After this day the CD Dénia occupies the eleventh place in the classification to 11 points of the relegation places.