CD Dénia leadership was left to draw one Pego

El CD Dénia the lead was left in the field Cervantes Pego to only draw one.

The match was very entertaining in the first half as both formations forgot to defend and posed a patently offensive game. There were many concessions from the defenders and that had caused excessive arrivals areas.

The reds They tried via a Borja who was very sharp, but the goalkeeper Alvaro Dianense responded very well and his shot shortcut. Shortly after was the visitors who tried but home goalkeeper Fede was attentive.

Within half an hour, it was Cristian Rico who found the prize giving goal the lead to pegolinos. The team led by Juan Carlos Signes He reacted well and took command of the game. The dianenses started playing over the ball before a Pego who chose to take a step back.

Before the break the crash could have been leveled if it were not for the lack of success of the dianenses auctioneers who were not tuned in their attempts to beat the local goal. At the break 1 arrived at 0 on the scoreboard. 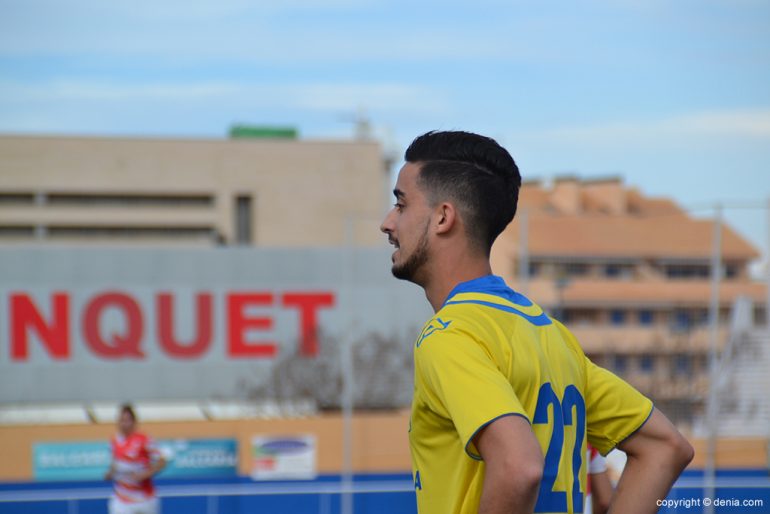 After passing through the locker room, Vicent Camarena asked his players who had more ball possession. This caused the game nivelase since pegolinos not defended as within their own field.

With the passage of minutes were dianenses midfielders who won the battle their opponents and the game was controlled by them. the minute 64 good attendance Panucci was very well used by Borja to beat the home keeper. He leveled the score in the game but sent visitors.

When it seemed that the CD Dénia could turn the marker expulsion of Álex Gayá arrived. From that time were the locals who saw the chance to win the match, before a rival who also despite the numerical disadvantage did not give up. Despite attempts to each other the scoreboard did not move and the match ended in a draw.

The dianenses with his tie attached to the victory won by the EU Tavernes lost first place in the standings.