The CD. Dénia not pass the draw against SD. Swedish

El CD. Dénia He failed with the SD. Swedish in a clash that ended with a tie in a game where there were two very different parts. The first half was in total control of Dianense set as the groguet eleven did a great game but was unable to score the chances he had.

Since the start of the match were the locals who bore the brunt of the game. Souhé as a driver, this young player was able to give a lot of rhythm to the game playing first touch and passing the ball from one band to another.

In the 4 minute, Angel had the first chance for dianenses but the visitors' keeper, his shot stopped Gomez. In the 15 minute, Souhé center was about to be finished in iron by Panucci not arrived centimeters to connect with the ball.

21 in minutes, Panucci shot Gomez stretched to deflect the ball in a corner. After the half hour, Michael could not beat the goalkeeper Valencia after having I dribbled.

The clearest chance came 41 minutes after good work from Michael Panucci and his cross to the back post was topped by Mono and the ball crashed into the wood. He finished the first half with a CD. Denia was the only team he was on the pitch. 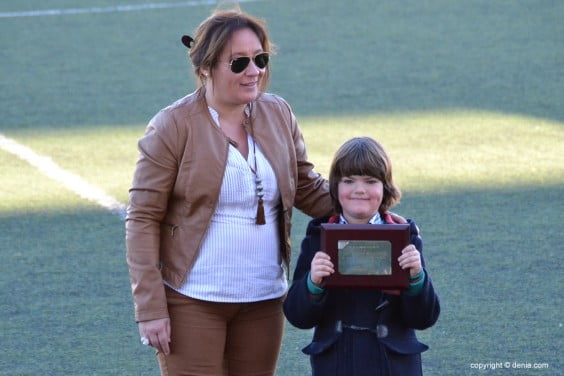 On the break from the clash, the president of the Dianense club, Gema Estrela, gave Juan Antonio Ramis grandson, who was the club's manager for many seasons, a souvenir plaque. Ramis passed away recently and the club wanted with this gesture to pay a small tribute.

In the second half, the dianenses had a good start as the minute 47, Souhé collected a clearance at the edge area and launched a shot that slipped into the meshes of the net of the SD. Swedish. With that goal seemed like the locals were going to do with control of the game, but it was quite the opposite. 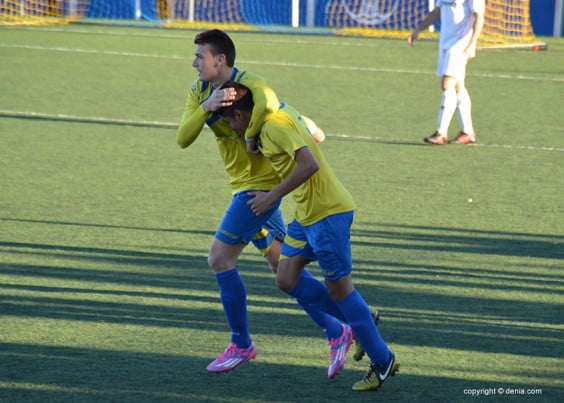 From the goal, the Valencia set forward lines and midfielders began to pace the game. Men who directs Jesús Moratal They stepped back and the team got inside his own area.

A Souhé he was running out of bellows and his team noticed, since hardly able to leave with the ball under control. The first notice of all La Ribera, gave Tino 59 minutes because his shot flew harmlessly into the wood after surprising the home keeper, Maxi.

In the 78 minute, a cross from the right was finished off by Alex at the far post completely unmarked achieving the both the equalizer. From that moment the CD. Dénia tried to leave but did not have the strength for it. The expulsion of the local, Álex Gayá more complicated still trying to win the match.

At the end a draw which leaves the CD. Dénia in the third place in the standings, but he knew little, as it made its way to have scored three, but the most positive thing is that still in positions of ascent promotion.