Mayor, Vicent GrimaltAnd the Councilor for Finance, Paco Roselló, have informed the Board of Spokespersons today of the municipal government's decision not to make the remaining treasury available to the General State Administration (AGE) for the constitution of a loan that would be returned to the city council in 15 years, from of 2022, possibility included in Royal Decree Law 27/2020, of August 4, on financial measures of an extraordinary and urgent nature, applicable to local entities. 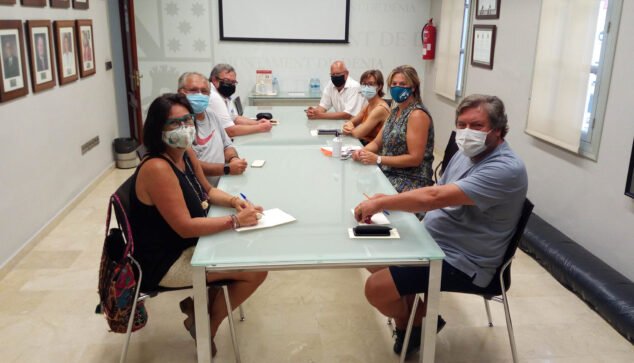 The councilor for the Treasury explained to the four spokesmen for PSOE, Compromís, Popular Party, Citizens and Gent of Dénia that currently the City of Dénia needs that remnant to face, "the main thing, to the needs derived from the health and economic crisis". But also, he added, "We also have 4,5 million euros to pay in sentences" that have become firm during 2020.

On the other hand, the economic situation and the postponement of the payment of taxes adopted as a measure of economic aid during the harshest months of the pandemic "They have meant that today we have a decrease in revenue, during the first half of the year, which amounts to 2 million euros".

Within the extraordinary measures agreed by the Dénia City Council to face the COVID-19 crisis, it was agreed to allocate 20% of the 2019 surplus to the implementation of aid to the most vulnerable people and sectors. A modification of credits amounting to 1,4 million euros was also approved, intended, for the most part, to carry out extraordinary measures to reactivate the local economy and employment.

All the spokesmen have agreed with the decision, "Especially at a time when municipal resources have been and are essential to face the economic crisis". One measure, they have agreed to point out, which involves defending the interests of the municipality and its powers.