The City Council allocates 2 million to face the coronavirus crisis

Mayor, Vicent Grimalt, and the Councilor for Economic Services, Paco Roselló, today presented the result of the liquidation of the 2019 municipal budget, which closes with a cash balance of 14.630.663,78 euros and a surplus of 7.086.223,16 euros . As the mayor announced on March 24, part of this positive remainder from the closing of the accounts for last year is going to be used to promote social aid and other aid for entrepreneurs, SMEs and the self-employed to help cope with the economic consequences of the coronavirus crisis. 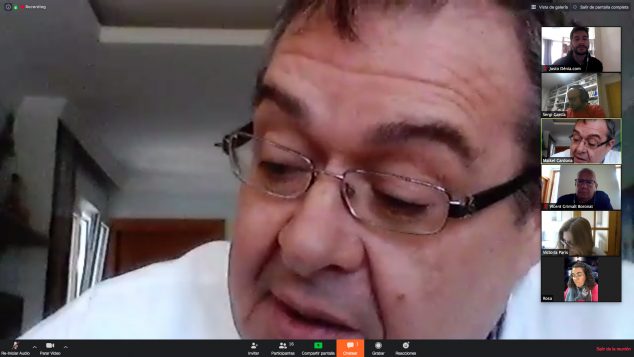 Specifically, the government team will allocate one million euros to increase the Social Welfare budget item, which by 2020 had been set at 6,1 million euros, and approximately another million euros to aid to the business sector, based on to some proposals that the municipal government already has in mind and that it will complete with the contributions it has requested from the Business Cercle Marina Alta and to the Association of Hospitality and Tourism Entrepreneurs of the Marina Alta (Aehtma). Next week a meeting is planned to share the actions to be carried out.

Regarding when these aids are going to be effective, Paco Roselló estimates that within one or two weeks, once the budget settlement has been reported to the plenary session and the measures to which the remainder will be allocated are approved , with its corresponding budgetary allocation.

Likewise, as the mayor of Economic Services has commented, 3 million euros of the remainder will be destined to the payment to suppliers and another 3 million to the early amortization of loans.
The rest of the remaining treasury in 2019 -6 million euros- "we are going to save to avoid being undercapitalized, in anticipation that this year the treasury results will not be what we expected," added Roselló.

The councilor wanted to underline that the positive settlement of the past year has been achieved thanks to savings in spending items such as electricity, telephone, advertising of government bodies, legal expenses or technical studies of urban planning, in which the City Hall has spent less than originally budgeted. And also because the amount of some income has been higher than what was foreseen in the budget. For example, in concept of capital gain, 1,8 million euros more have been raised than budgeted; with the collection of the ICIO, the difference has been 1,110.000 euros in favor of the council; The participation in State taxes has also increased by 178.000 euros with respect to the initial assumption and the funds received from the Generalitat have exceeded the figure foreseen in social action by 600.000 euros and the provision in subsidies by 486.000 euros.

The first and most loyal tourists return: the fin whales
May 27 2020

National mourning: they call a minute of silence every noon for the next 10 days
May 27 2020
Leave your comments