At the request of the association Acción Ecologista AGRÓ, the mayor, Vicent Grimalt, and the councilor for Ecological Transition, Maite Pérez, met this morning with the president of the entity, Joan Sala, to inform him of the efforts made by the Dénia City Council regarding the announcement, by a company promoting shows, of Organize the Octopus festival of hardcore music on the grounds of the old safari, surface shared by the terms of Verger and Dénia. 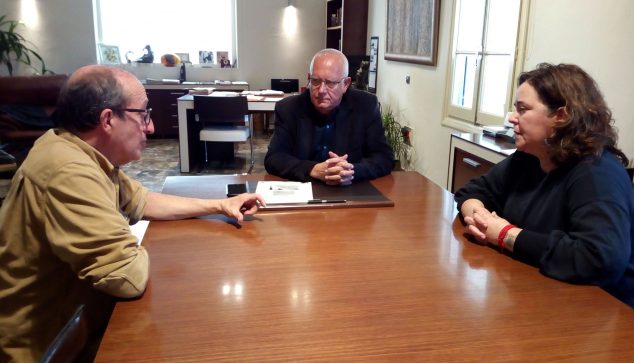 From AGRÓ it has been insisted that a festival of these characteristics will have a harmful impact on the Marjal Pego-Oliva Natural Park and the bird species that nest, which has led to the filing of a complaint with the Provincial Prosecutor's Office of Valencia by the Association for the Defense of Nature in the south of Valencia.

The mayor has informed Joan Sala that from the Department they have confirmed that, for the moment, no authorization request has been received from the organizers of Octopus and they have committed themselves to take into account the reluctance of the City of Dénia when studying the Possible permit: the impact on the adjacent natural park, the foreseeable access problems and the collapse of the road due to the accumulation of visitors and the absence of an evacuation plan.

Councilwoman Maite Pérez has explained that Dénia also sent to the Verger's town hall, in mid-January, a letter requesting information about the festival and whether this city council had already received any activity license request. In the same document, the possible urban and environmental infractions that the organization may incur are indicated.

The Verger is also asked to ensure that the term Dénia and the protected area of ​​the natural park are not affected if authorized by the festival.

Likewise, the City Council of Dénia will contact the owner to inform them of these same possible infractions.