Drive In Drive-In Cinema has been on everyone's lips since they reopened their service last week. Its about first state cinema to re-screen films in front of the public. Of course, in the absence of reactivating the distribution of premieres, the local company has reached out to titles from the 80s and 90s like Jurassic Park, The Goonies, The Gremlins o Batman.

Now, Drive In breaks the patterns again serving as the setting for the country's first announced music tour. The group Belako has confirmed that at the end of June he will tour different Spanish theaters, Madrid, Getxo and Dénia, performing live for the public as if it were a "normal" concert.

The date chosen for this unprecedented event is June 26. According to Carles Miralles, owner of the Drive In, the concert will comply with the vehicle capacity measures that are allowed on that date. The music will be enjoyed through the vehicle's speakers, as with cinema projections, and through the speakers available on the group's stage truck.

An atypical concert for atypical times. A way with which Belako and Drive In revolutionize the concept of live music to overcome the health limitations with which we live. 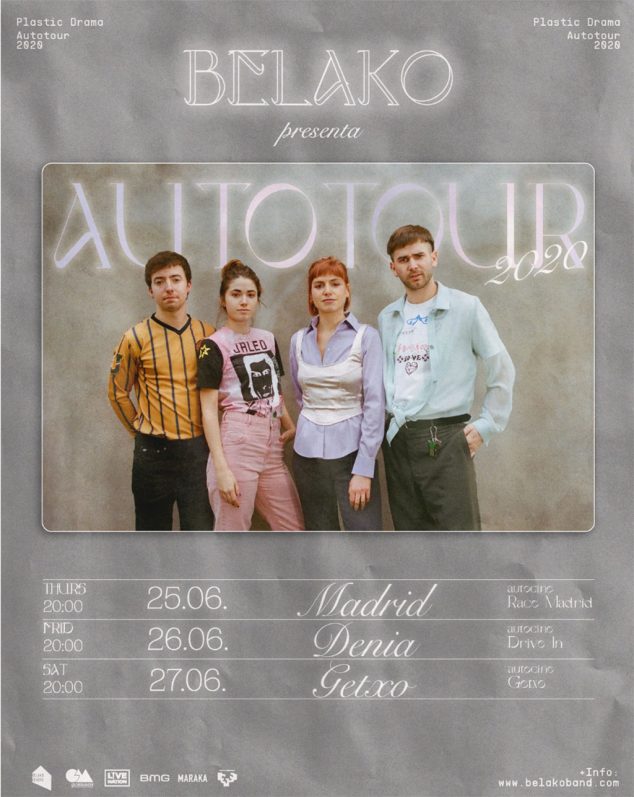 MACMA presents the Calendari dels Brillants 2021: "among the best we have ever done"
25 November 2020

The Library of Dénia, one of the most favored in the Community in terms of subsidies from the Ministry of Culture
18 November 2020