Regional rivalry game that was resolved very favorably the fry "C" of the EM Dénia by 8-0. The clash was very entertaining due to the number of goals there were during it. Dianenses kids had a hard time opening a can of a tidy Xàbia.

The first goal for the dianenses was scored by Raúl in the 14 minute of the first half. Something that ended with Javiense resistance. Four minutes later came the second goal of Plamen that still did more damage to Jávea. The third came Raúl's work in the 21 minute and rounded out the magnificent Dianense first half, Guerri scoring the penalty room.

The second half was a walk for the locals as they hardly had an opponent so their defense was very quiet. The fifth was scored by Julián, the sixth was the work of Raúl, the seventh was marked by Plamen and rounded the count, Julian scoring the eighth. 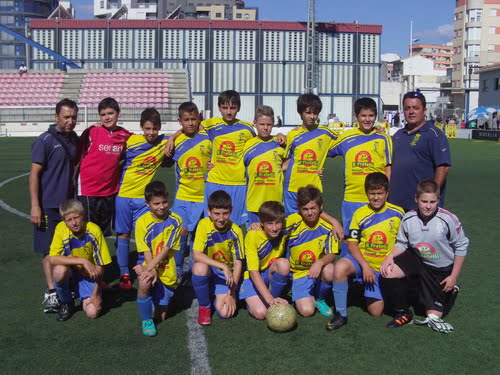 36.955
4.283
11.245
2.150
We use cookies necessary for navigation and traffic analysis. We do not use cookies that provide us with personal data or advertising cookies.
More optionsACCEPT
Manage consents