Painful defeat of CD Dénia against the Portuaries (3-0)

El CD Dénia suffered a painful defeat at the home of Portuarios where he lost 3-0 in a bad match for the Marina Alta team. The second goal of the premises at the edge of the break did a lot of damage to the morale of some players who returned to give a poor image when they play as visitors. 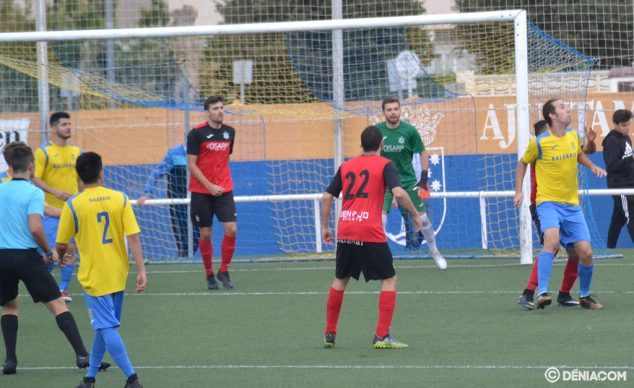 Ferran in the Port area

The match began without a clear dominator but with different intensity between them. The locals needed to win to get out of the relegation places, and that served as motivation, while the visitors thought that winning the Carcaixent had the duties done. This was the most serious mistake of the Marina Alta team, which joins their lack of success in the auction.

The Grao de Gandía team went ahead on the scoreboard with a goal from José Brines in the 25th minute. Shortly after the first warning came to the local Izar, who in just seven minutes saw the second and left his team with 10 players on the field. Nor could Dénia dominate his rival.

In the 43rd minute, came that second goal that both Estaban's team accused. On this occasion it was Didac who beat the goal that Pedro defended in this match. The break was reached with 2 to 0.

The Dianense coach, Esteban, opted for more offensive changes seeking the comeback of his team. Dénia dominated more than his rival, created chances to score but failed. In the 85th minute, Cristian sentenced the game scoring the final 3 to 0.

After 25 days, CD Dénia is located in ninth place with 30 points and L'Alcudia will be measured in the next day in a clash that will take place on Field Diego Mena.