Ten centimeters: the difference between recovering employees or returning them to their homes

Since last Monday, many of the hospitality establishments in Diane have been enjoying new restrictions relief measures to resume a limited activity. In Phase 1, the terraces can already be opened at half capacity and respecting the distances, something that undoubtedly helps to reinvigorate these companies. 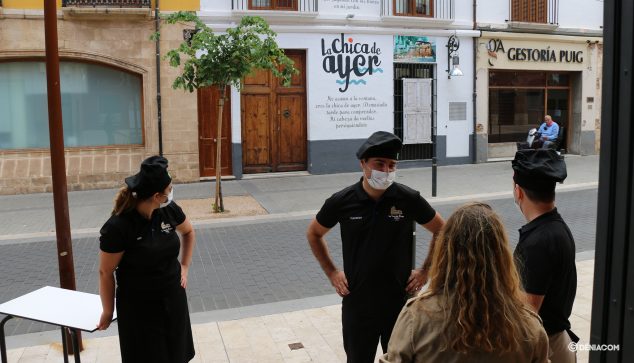 Restaurant workers next to their tables already collected

However, not everyone has been able to start their work in front of their bar. Some because they do not have terraces and others because the complexity of their exteriors, as in the Loreto street, prevents ensuring the safety distance between tables and with respect to pedestrians. 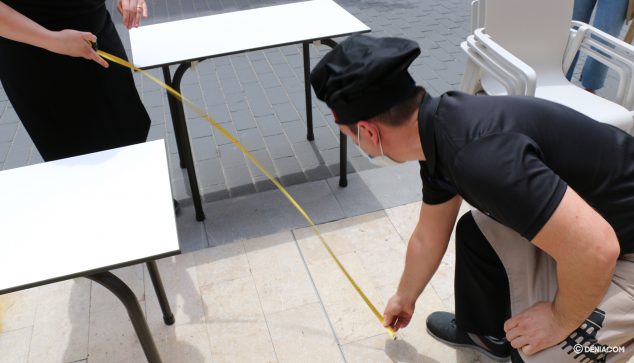 Moya measuring the terrace of his premises

However, there are cases in which a few centimeters are the difference between being able to start the business again or having to send the workers to their homes. This is the case of La Vecchia Roma, an Italian restaurant on Calle La Mar that for only 10 centimeters has had to close its doors again after the police order. Its owners, Fabio Moya and Vicente Devilla, denounce this fact since, according to what they tell us, they presented the project of their terrace to the City Council when they were requested and they never received any response, either positive or negative. 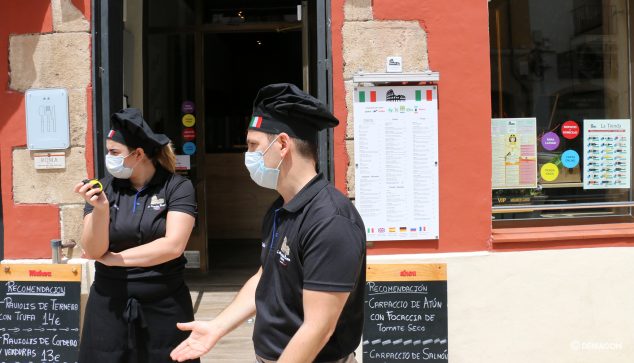 La Vecchia Roma is forced to close its terrace

Given this supposed silence of the consistory, they understood that, by meeting the requirements of their exterior (the tables began to occupy 50% of the space they previously had), they could start their activity and, therefore, reopened the service on last Monday. Now, yesterday morning a police patrol forced them to "confine" their terrace tables again, preventing them from resuming their activity until Phase 2. 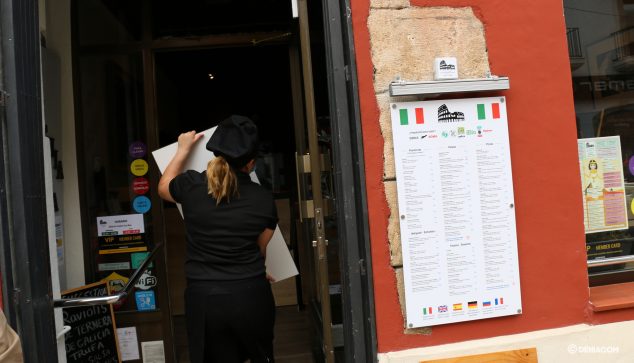 According to Moya, his terrace complied with the measures, but the police insisted that it should be further separated from the entrance of the premises so that pedestrians could transit, despite having "space to spare", says the restaurateur, as well as a wide sidewalk in front of them totally empty. The agent's proposal that forced them to back off their project was to install the tables practically on the road where the cars circulate, which the owners saw as unfeasible and unsafe for their clients. 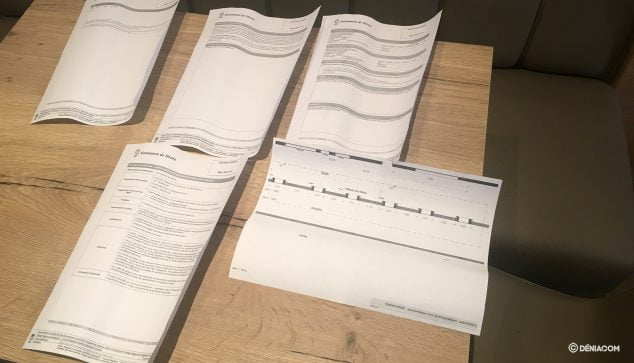 Project that the restaurant presented to the City Council

From the restaurant they insist that they are aware of the situation in which we find ourselves and more with roots like theirs in a country so suffered after this crisis such as Italy, but they pray, in the same way, that the City Council offer facilities for the small business can resume its activity. Moya tells us that he could continue to make takeaways and work with the minimum number of employees, but that what he really wants is to be able to count on his team again since many of them, as well as their families, have been very affected by the temporary closure of the restaurant. 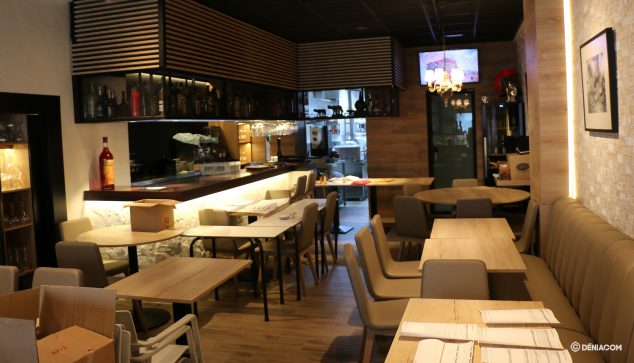 Interior of the restaurant after the reform

This is a business that had just carried out a reform inside it, which involved an investment of € 50.000 and which, as a worker tells us, suffered the works on La Mar street with which they thought they would pedestrianize the entire road, and not only half as they finally discovered after months of work. Now this has been a new and hard blow to see, as they admit, how it has been provided to their neighbors in Marqués de Campo "all facilities" completely closing the street and that, however, these premises have not taken advantage of to reopen. 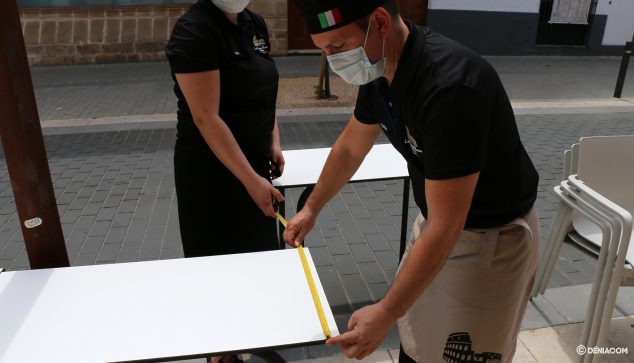 Fabio Moya, co-owner of the restaurant

The restaurant owners and workers therefore ask for solutions and a space to be able to return to work with the largest number of employees on the staff. Or, at least, that they speak from the City Council to know what they can do to recover their business. 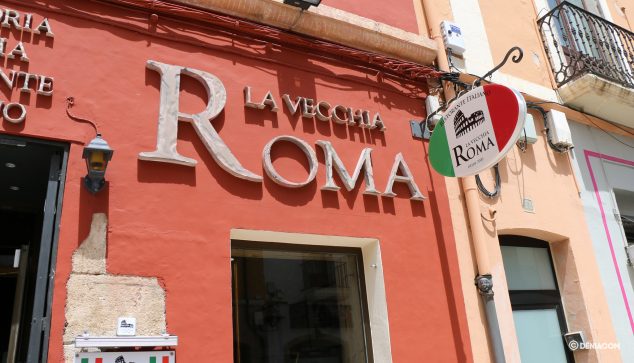 After the publication of the news, the City of Dénia has studied the case since, according to what the head of the Interior tells us, the councilor Javier ScottoYes, there was a favorable technical report on that terrace. Although the project that was presented could not be approved, the consistory did make a new proposal so that they could open the terrace with a different distribution.

According to Scotto, this favorable report was written on Friday afternoon, so it surprises him that the restaurant owners were not aware of it. The councilor acknowledges that there has been a communication failure since, according to what he tells us, the City Council tries to offer alternatives to each location so that they can open whenever possible. However, the large volume of requests they handle has prevented them, in this case, from responding more quickly.