Diego Mena: “We will open in June with great uncertainty, but I am convinced that in Dénia we will work well because we have many national and second-home visitors”

On Saturday, March 14, the entire country stopped abruptly. At the same time that Denia was preparing for the great days of the Fallas and the bars and restaurants were ready to start the first 'big' work week of the year, the Prime Minister announced a State of Alarm for a health emergency that forced the hospitality industry to close, among other sectors.

How did you experience it in one of the most beloved and most traditional restaurants in Dénia? We speak with Diego Mena, owner of Casa Mena and member of AEHTMA.

Maintaining the security distances that mark the protocol these days, we chatted with Diego Mena aboard a ship that has been docked for two months in the port and hopes to re-release moorings in Phase 2. 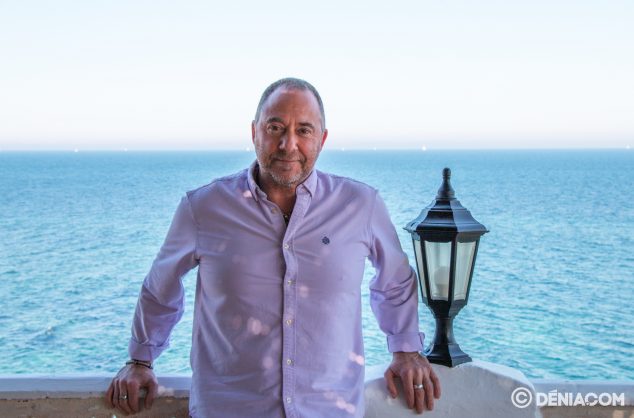 "Putting ourselves at the worst, we thought that we would be closed for a maximum of one month"

“You don't expect this to happen. We knew the virus was there but you can't imagine what happened will happen. In fact, on Friday we had already made the purchase and we had everything ready for the weekend. ”, Diego tells us. Although they were moments of great confusion, he acknowledges that “since there was no alternative, we tried not to give the matter more thought. It was a necessary measure, in fact it should have been done before, as it has been observed later ”.

"That same Saturday, March 14, the whole team returned to collect, we took everything perishable as we do whenever we close seasonally and wait." Although the wait has been much longer than they anticipated: "We thought it would be two weeks or even putting ourselves at the worst that a maximum month would be."

Casa Mena, like many other restaurants, had just opened after the break due to rest and vacations that take place in the winter months. “We had just opened after the closed month from Reyes until Valentine's return. We had not started yet and we had to close again. It was tough and complex, because we were already facing the start of the season. In San José, the atmosphere and work begin to come alive, then we connect with Easter and when we realize it, it is summer. ”

Diego is cautious but positive before the new scenario that is presented. "We will open in June but in the second phase and with still, a lot of uncertainty. I am convinced that in Dénia, in general, we will be able to work well because we have many national clients with a second residence in Dénia ”. Of course, he is aware that "what has been lost is tremendous and we need to get going now."

"We will do everything they ask us to open with all the appropriate security and hygiene measures and little by little we will adapt to the circumstances and lose fear, never respect, both the team and the clients."

Dénia will continue, at least, one more week in Phase 1, although it is expected to move to Phase 2 next Monday, June 1, the week in which restaurant Mena has decided to get going again (Thursday June 4).

"Opening in Phase 1 was unfeasible and losing more than losing." There are colleagues who have had to open due to the need to have their businesses running, even knowing that they are going to lose money. It is contradictory, but there are also these situations at specific moments ”, Diego explains to us.

In fact, he refuses to open his restaurant in these conditions because “planning lunch and dinner outside without a plan B inside is impossible. We are not in summer, there is still instability of accommodation, in the sun it is very hot, in the shade it is cool, the afternoon air or that begins with full meals is not always completely pleasant, it can even rain without being able to cover you. That is very unstable in our House and it would not be fair to attend in these conditions. Here you come to enjoy without hurry, not to eat or drink and run away at specific times, for not having that support, even if it was circumstantial inside. That way we don't feel like it at all. ”

"Money is not asked for at all, but understanding and not having to pay for those services that have not been received"

Diego Mena is a member of AEHTMA (the Association of Hospitality and Tourism Marina Alta of the Costa Blanca), from which they are working very hard these days to get their proposals to help the sector in this crisis in any way possible from the council , "although unfortunately it is being too complicated and inflexible in some aspects and specific cases".

"We are in an exceptional emergency situation, the most serious we have ever had, and it is now when we hope that the institutions are up to the task and help us, especially in those specific cases discussed. You do not ask for money at all, but you do understand and not have to pay for those services that have not been received, nor will they be received according to the current circumstances and scales. Everything has to be consistent. Some of us are lucky enough to be able to endure something more than the others, even losing money and because we are convinced to come back, but many colleagues have already closed definitively and many others are on the absolute limit ”, Diego tells us.

If the rules do not change, Restaurante Mena will reopen its doors on Thursday, June 4, eager to receive its loyal customers again and with the confidence of "working well this summer".

"I am confident that this second phase will begin in the first week of June, not wait for the second because it has to be opened interprovincially now. We draw a lot from clients and neighbors from Valencia, and of course we anxiously wait for the health situation to be controlled and to be able to receive national visits that, at least here in Dénia, are going to save the season a lot. Hopefully it will be like that".