The National Police has arrested in Dénia a woman of 19 years and Romanian nationality who allegedly stolen a watch valued at 8.000 euros to an old man after hugging him and kissing him, known as "dear theft". This method is that the author approaches the victim in a loving attitude and thus maintain a physical contact that allows them to remove the elderly objects of their property without being aware.

According to Europa Press reports, it was the owner of an establishment who denounced the attitude of the woman, who was approaching suspiciously a person of advanced age. At the scene of the events came the national and local police to identify the woman, but her reluctance to be identified forced her to transfer her to the police station.

After verifying her identity, the agents corroborated that she was the author of a robbery committed days ago to an old man, who stole a high-end watch valued at 8.000 euros. The accused has been arrested. 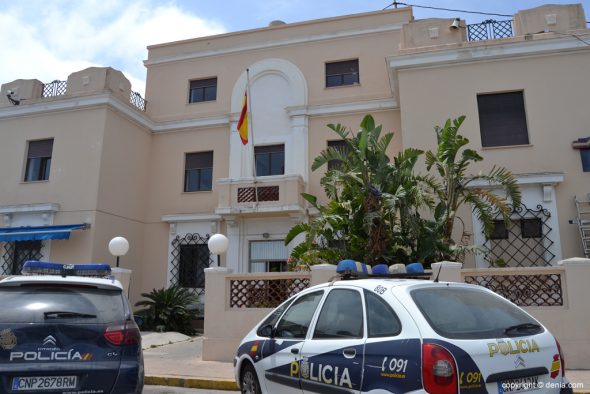 The collapse of a facade damages a vehicle, forcing Pare Pere street to close
May 15 2020