2 people arrested in Dénia for robbing 5 of their neighbors

Agents of the National Police have detained in Dénia two people between the ages of 19 and 35 accused of allegedly accessing five homes in the same building where they lived together to subtract different effects. 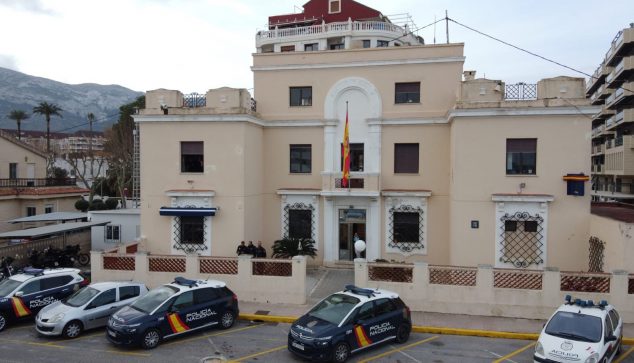 The facts have been investigated by agents of the Judicial Police Brigade of the Dénia National Police Station based on five complaints filed in less than two months.

According to police inquiries, all thefts were concentrated in the same period of time and, in addition, the modus operandi was almost always the same, the forcing of one of the windows or the terrace doors. Similarly, the effects subtracted in most cases were appliances, televisions, dishwashers, washing machines.

Continuing with the investigation in one of the Police Technical Inspections carried out by specialist agents of the Dénia Scientific Police Brigade, indications were obtained that pointed to the participation in the abductions of a person, resulting in a short time that this young man had moved to the urbanization, coinciding this circumstance with the beginning of the infractions.

The efforts made were able to strengthen the participation in the events of the investigated in addition to discovering another participant, another neighbor of the same residential who had also moved recently.

Fully identified the alleged perpetrators, the Dénia Judicial Police agents developed a special police device that culminated in the arrest of these two people.

The detainees were charged with the alleged commission of five robberies with force in homes, and the action was taken to the Dénia Guard Instruction Court.

Opinion of Vicent Martín, technician of the Office of Innovation: «The validity of a local project with raons globals»
June 03 2020

In the month of May, discharges have increased by 78% and the number of patients hospitalized and in the ICU has decreased more than 80%
June 03 2020