National Police agents have arrested in Dénia a young woman who falsely reported having suffered a violent robbery of her mobile phone. 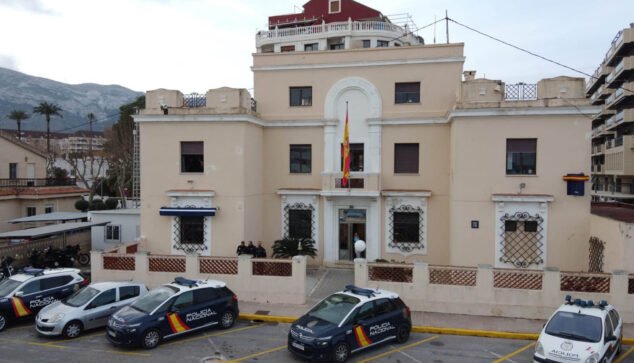 The investigation of the events began when this young woman filed a complaint with the Dénia National Police Station, in which she stated that she had suffered a violent robbery of her mobile phone, even though she had been warned in writing that she was not being truthful in what is reported may constitute a crime. This complaint was transferred to the Judicial Police Group of the same police station that began to collect the first data of the investigation of how the events had happened. The agents in charge of the case, among other functions, are in charge of verifying that the events denounced have actually occurred and, in that case, of finding the perpetrator.

During the investigation, the agents verified that the facts related did not agree with the reality of what happened. Due to the first investigations they had obtained in search of the fictitious robber, they determined that it was a false report that they were investigating and not a robbery with violence. Which gave a 180 degree turn to the investigation.

The agents found complaints from the same person close to the date of the event where they realized the accidental loss of various effects, so they continued with the efforts by contacting the Local Police of Dénia which they had received weeks ago from from a local taxi driver, documentation and a mobile phone owned by the complainant, which she collected a day after filing the complaint at the police station.

With all the inquiries collected, the agents already had enough evidence to be able to demonstrate that the events narrated in the report of the robbery with violence suffered were false, so they proceeded to summon her and arrest her for a crime of false reporting.

The 18-year-old detainee was heard in a statement, all of which was brought to the attention of the Trial Court of the same town.