The Civil Guard of Alicante has arrested the alleged perpetrators of thirteen crimes of robbery inside various estates in the Marina Alta. Some of the robberies were committed while the owners were at their homes. 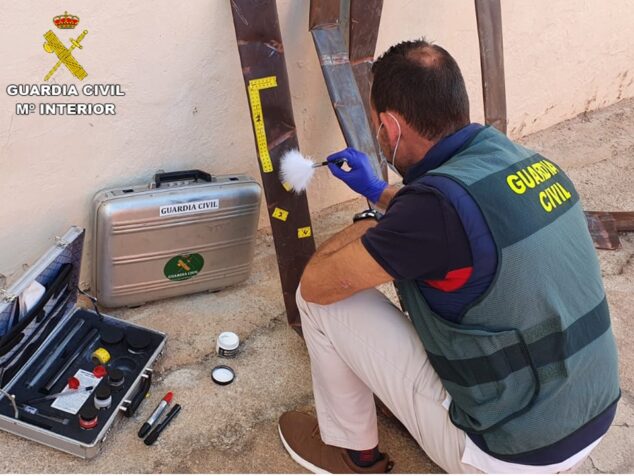 A significant upturn in thefts in homes in the Marina Alta region, during last September, put the agents of the ROCA Team of the Civil Guard of Calp on alert. The agents detected the same modus operandi in several of the robberies that were being committed, so they began an investigation convinced that it was the same perpetrators in all the cases.

Taking advantage of the night time, the authors sneaked into the interior of the farm and pulled out the copper pipes installed for the drainage of rainwater that ran down the facade of the house. Their objective was single-family homes in sparsely populated areas, generally inhabited by senior citizens. In some of the robberies committed, the owners were inside their houses when the events occurred. If they were surprised, they came to greet their victims from the outside, as if nothing was happening, to disguise. What created some alarm among the residents of the affected towns: Tormos, Sanet y Negrals, Ráfol d'Almunia, Alcalalí, Campell and Fleix, all of them, close to each other.

Once the pipes had been pulled out, they were cut into pieces that would allow them to be transported in the small cars that the authors used to commit the crimes. Later, the stolen material was sold in junkyards in the towns of El Vergel and Benissa.

The laborious study of the intervened material was an arduous task, because the original pieces were fractured and were sold in different junkyards. However, despite this, the agents managed to locate and identify the alleged perpetrators: a man and a 30-year-old woman, of Spanish nationality, who have numerous records of crimes against property. They are charged with 13 robbery crimes.

On October 13 they were arrested and brought to justice. The judicial authority has decreed the admission of the male to prison. The woman has been released with charges.
The stolen copper, which exceeded the value of 5.000 euros, has been recovered and delivered to its rightful owners.

The Civil Guard has thanked the residents of the Marina Alta for the trust placed in the Calp ROCA Team, which has been in charge of carrying out this laborious investigation. ROCA Teams are specific units of the Civil Guard created to combat crimes against property in rural areas farthest from large population centers, guaranteeing the safety of the people who reside in these environments.