Agents of the National Police have arrested a man accused of committing two crimes of robbery with violence, injuries and a crime of attempted homicide in the town of Dénia. 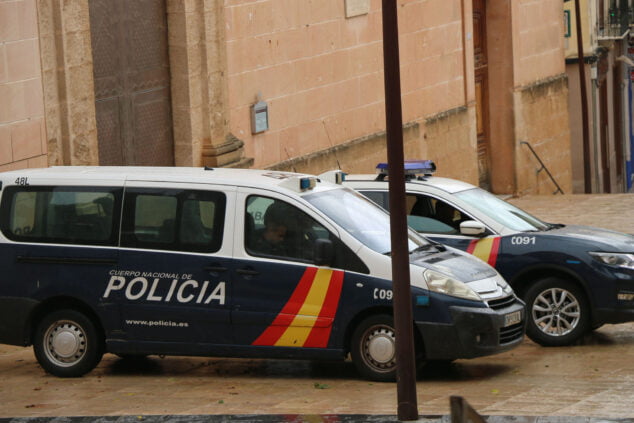 Vehicles of the National Police in Dénia (file)

The first victim of the detainee told the agents in his complaint that a man approached him from behind and gave him a strong push causing his mobile phone to fall to the ground. The aggressor took advantage of the moment to take the phone from the victim. Immediately afterwards he also tried to snatch a backpack from her but, given the victim's refusal to give it to him, the aggressor pricked him in the leg with a sharp object and fled the scene. The victim began to bleed from the wound produced, so she was taken by ambulance to the hospital, where the wound was sutured.

More serious was the second of the robberies allegedly committed by the detainee, resulting in a crime of attempted murder. On this occasion, the author snatched a packet of tobacco from a man's hands and, when he wanted to retrieve it, the detainee violently attacked him, both falling to the ground, which was used by the attacker to stab him in the chest to his victim.

Due to the seriousness of the injury, the victim was taken to the hospital for a health indication and had to be treated by the Emergency Service when presenting, according to the medical report, a two-centimeter puncture wound in the right hemithorax.

The statements of the two victims of these events, as well as of the witnesses who witnessed the events, were of vital importance to identify the alleged perpetrator of the same who, after the investigations carried out by the Judicial Police Group of the Dénia Police Station, who took charge of the investigation, was located and arrested.

The detainee, a 38-year-old man, was placed at the disposal of the Dénia Guard Court of Instruction, ordering his entry into provisional prison.

The National Police has thanked the collaboration of those citizens who have witnessed a criminal act and who have provided useful data for the investigation of such relevance that they have even been able to lead the investigative units to clarify a fact, remembering that these actions They are, on many occasions, fundamental, as long as the Police are notified as soon as possible and their own safety is not compromised.

This will be the Valgamediós square in Dénia, whose final works already have a date
November 17th 2022

The City Council presents the roadmap for the Youth of Dénia, La Xara and Jesús Pobre
November 17th 2022

37.861
4.431
12.913
2.440
We use cookies necessary for navigation and traffic analysis. We do not use cookies that provide us with personal data or advertising cookies.
More optionsACCEPT
Manage consents