During this morning, the Dénia Local Police received a call from a neighbor warning of a possible robbery. The woman had gone out to walk her pet when she heard a loud noise from an electric saw in the area of ​​the free parking of land in front of the Llebeig school. 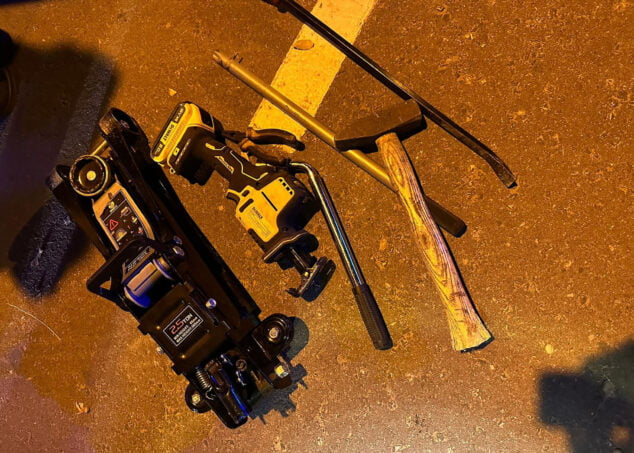 The men were, according to the woman's statement, in a suspicious attitude, but when they saw her they rushed into a black vehicle leaving quickly. 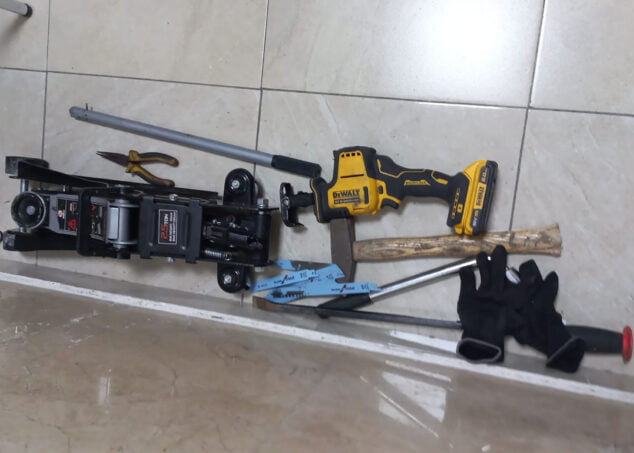 The utensils already confiscated in the Dénia Local Police station

A police patrol was present at the scene and finally intercepted them on Avenida del Montgó. When searching the vehicle in which they fled, tools and utensils were found that could have been used for the robbery. After inspecting them, it has been determined that the men were using their efforts to steal catalytic converters from vehicles. 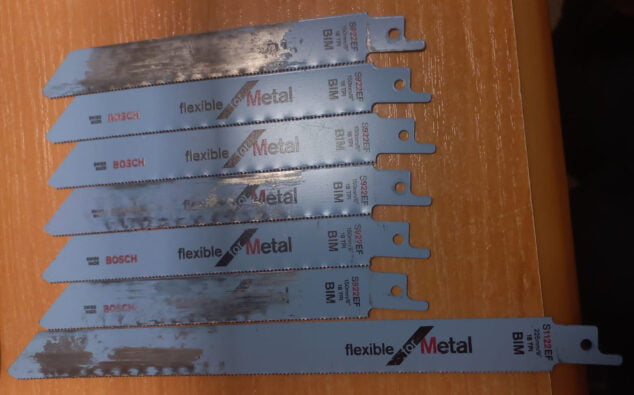 Saws found to carry out car thefts in Dénia

Another patrol, in turn, carried out an inspection of the cars parked in the parking lot where the woman reported the theft and located one from which the catalyst had just been removed, also finding a saw blade that matched the brand and color with those found. in the suspect's vehicle.

La Marina Alta below zero: these are the towns that have frozen the most tonight
31 January 2023

Dénia.com becomes the most read local digital newspaper in Spain in 2022
31 January 2023

Opinion SIMAP Dénia: Confrontation between Sanitat and the toilets of the Marina Alta
30 January 2023
Leave a comment

37.861
4.451
12.913
2.480
We use cookies necessary for navigation and traffic analysis. We do not use cookies that provide us with personal data or advertising cookies.
More optionsACCEPT
Manage consents