The Civil Guard has investigated in Calp a criminal group, made up of three people, dedicated to robbery in homes and construction sites, and specialized in theft of bicycles. They are attributed 42 crimes, for which they would have stolen objects valued at 60.000 euros. 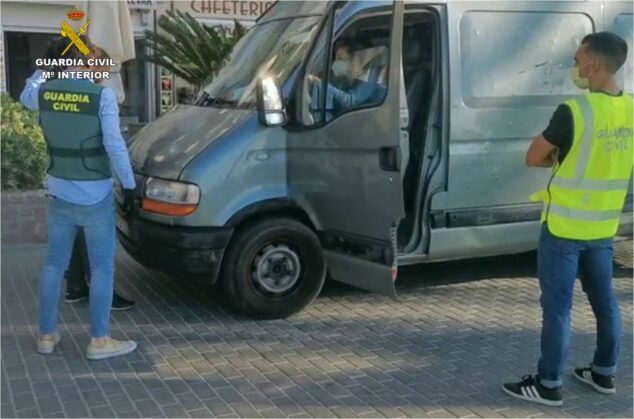 In another operation, carried out in the area of ​​Callosa de Ensarrià and Polop de la Marina, five men have been investigated for the theft and / or theft of 3.600 kilos of avocados, valued at 12.000 euros.

Action against theft in homes in the Marina Alta and Baixa

Agents from the ROCA Team of the Civil Guard of Calp, in charge of investigating crimes committed in rural areas, have managed to clarify 42 crimes of robbery and theft, committed in homes in isolated urbanizations and construction sites in the towns of Calp, Benissa , Moraira, Altea and Callosa de Ensarrià.

The researchers analyzed the behavior of the authors, who used to take advantage of the residents' hours of less traffic to access the interior of the houses, from which they stole objects that could have an easy exit in the market, such as tools or bicycles. The latter were stolen by forcing the padlock to which they were attached or, if necessary, by climbing the facades of buildings to take them from the balconies.

In later days, they went to second-hand trades in the municipalities of the Marina Alta and Baixa to sell them and get cash. But these individuals did not directly expose the stolen objects to the public, but hid them in a disabled bathroom, from which they had obtained a key, and from there they were removed at the request of the buyer.

Finally, the Civil Guard investigated the three alleged perpetrators, two men and one woman belonging to the same clan, for 42 crimes of robbery with force and / or theft of objects valued at about 60.000 euros, and a crime of belonging to a criminal group .

Much of what was stolen was recovered thanks to the different interventions carried out by the agents in the markets, and they have already been returned to their rightful owners.

On the other hand, the ROCA Team of Calp has carried out another operation in which 5 men have been investigated, related to the theft of 3.600 kg of avocado. 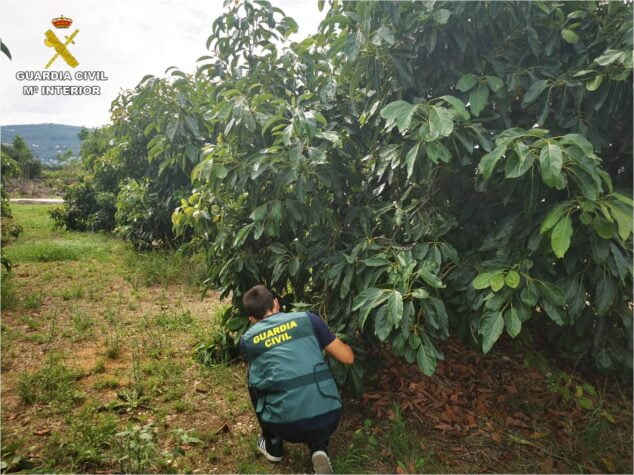 ROCA team agent in one of the crops

On this occasion, the first inquiries began in September 2019, and pointed to the municipality of Polop as the place where the possible authors settled.

From there they moved in their vans to the crops, where they broke the boundary gates, or jumped over them, to steal the fruit from the tree.

For transportation, they used the boxes that the farmer himself had on the field, and took them to a farm where they stored them until they could be sold on the black market.

The five alleged perpetrators, already investigated by the Civil Guard, are attributed a total of 11 crimes against property, for which they have stolen more than 3 and a half tons of avocado, valued at more than 12.000 euros.