The dianense swimmer, Ramón Grimalt, Was one of the outstanding ones in the category Master 40, of the "XXII Traversed to the Port of Moraira". This was the third scoring event for the "Circuit of Aigües Obertes of the Marina Alta", Which organizes the Consorci Esportiu Marina Alta.

Ramón entered the 15º position of the general classification, being third in the Master 40 category. His time when crossing the goal arc was 27: 20 to 1.31, of the winner of the test that was, Alberto López, with a record of 23: 24. The second place was for, Antoni Guardiola, with a mark of 24: 39. The third place in the absolute classification was for Cesár Hernández, who made the crossing with the same time as Guardiola, 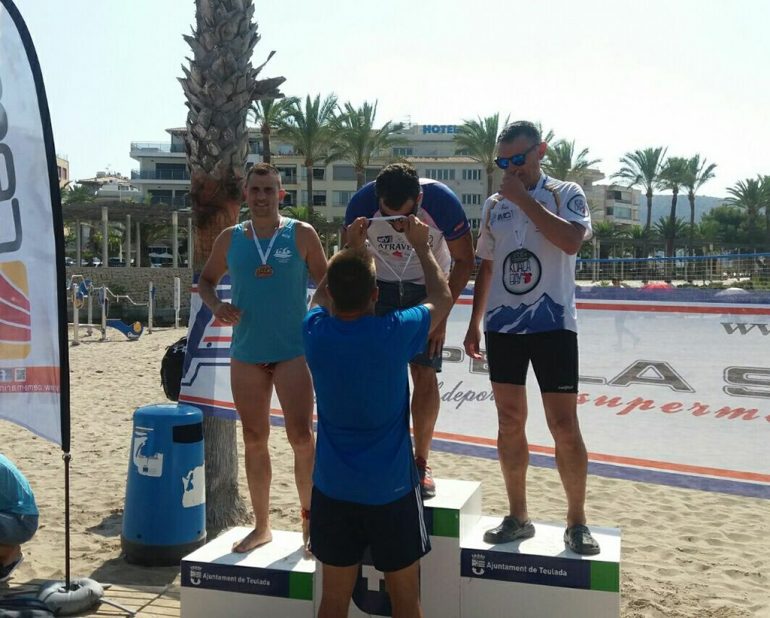 Ramón Grimalt after having made the Xàbia, Benissa and Moraira, maintains a great regularity, as it ranks second in the 40 Master category with a total of 437 points. The classification leads, Enrique Segarra, of the GE Carena Triathlon, with 443 points. The podium of this category completes it, David Escrivá, of the GE Carena Triathlon, that sum 435.

All participants in the Circuit de Aigües Obertes of the Marina Alta, have one month to continue preparing the following tests. Next will be the 27 of August, "II Cross of swimming The Stone of the Savior" To be held in Els Poblets.