This weekend ripped the playoffs for the titles of the competitions Introduction to Performance (IR) in the Preferred categories, 1º Zonal. The Children of Sanchez Maje 2001 who runs brushed classification losing narrowly parties return.

In Torrevieja missed by just 4 points difference (55-51) in a match that dianenses came to dominate fourteen points and was decided in the final two quarters when the strongest quintet of local played their best minutes in the play off.

Round was played in Hall of Joan Fuster and had the papers were changed because the salt mines which came to dominate fifteen points before the break before a precipitate local computer.

An impressive reaction in the fifth period led to a tight end to the match. With four minutes remaining, the dianenses dominated by five points and it seemed that he was going to achieve the feat. But the visiting success, fatigue and personal fouls ended up giving the victory back to Torrevieja, this time by three points (49-52) thus closing the tie in their favor.

The growth has been tremendous team throughout the season thanks especially to the work done by his trainer who has managed to involve girls as ever to make the best of themselves.

That is the line that the team should continue to carry next year in its move to the Cadet category. United and with work the beautiful things as you have been able to see, arrive.

Meanwhile fry 2004 coaching Moon Haytham have had an incredible evolution over which was his first year in competitions outside the scope of the municipality.

Eliminator knockout Zonal 1º has been very even though it is true that the CB. Benidorm was a small dot above the Dianense set which will also come great group to work and even that level. 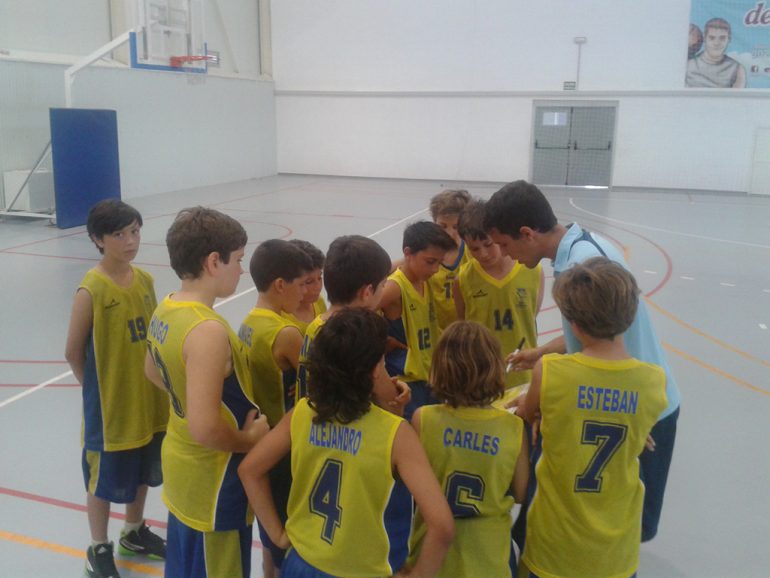 He fell in Benidorm seven points difference (52-45) after a major comeback as locals had grown to over 25 difference in their favor before the break.

In Denia, the dianenses competed better room to room without letting the advantages, always favorable to visitors, exceed twelve points. In the absence of a single period the difference was only seven points and the team came Upline. The quality of the Marina Baja eventually prevailed without giving real choice to Dénia Básquet for the surprise (41-51).

The vehicle offered by the Federation by the level 2 IR Youngsters can propose to the boys and girls first alevín year an interesting job in a friendly and geographically close competitive environment that facilitates positive and helps achieve a remarkable experience in their formative journey experiences.

The challenges of this group next year are great because they guess projection and talent to compete at a good tone at the top level Autonomic Alevín for which must win square through the ascent phase of season in September.