CFS Mar Dénia traveled to Lleida on Saturday to face Lamsauto Futsal Lleida in what was the fourth day of group III of the 2ªB. 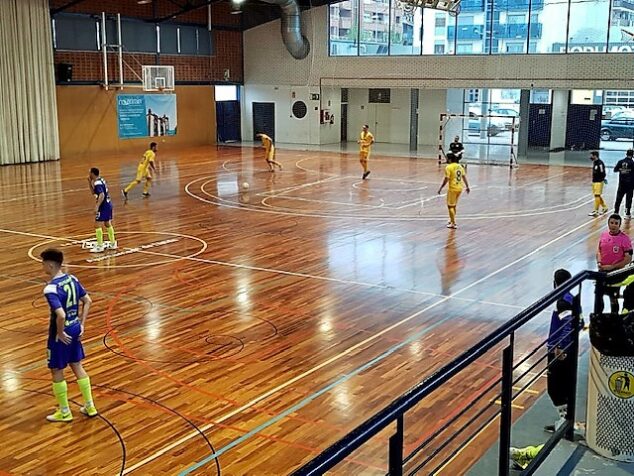 Both teams took to the court with the aim of controlling the ball and with high pressure in search of not letting the opposite play. With good rhythm, the chances were not long in coming for both teams and, although the local team had more possession, the Dianense team responded with quick cons.

In the 11th minute, when the Dianense team had more control over the game, it was 1-0 after a side kick that Juanjo, trying to cut, introduced the ball into his own goal. Three minutes later the referee team expelled Omar after a totally involuntary collision with an opponent, which, incomprehensibly, they pointed out as a foul and also punished with a card that meant leaving the team at an inferiority. The local team did not miss the opportunity and in the 15th minute it was 2-0.

The game got uphill and, although two minutes later Curro shortened the gap to get 2-1, on the next play a ball cut over Nico, who was shot down in a clear foul by throwing himself on his legs, is not signaled and causes a against in superiority that means the 3-1 with which the break is reached.

The second half continued with the same rhythm, although the Dianense team started one more march if possible and little by little it was locking the locals in their field, but without luck in the face of the goal. Until in the 33rd minute, after a beautiful team move, Nico scored the 3-2.

There was still a long time left and Mar Dénia was aware that it had a great opportunity to add. With four minutes to go Emilio Monfort He risked putting the goalkeeper player on the court, but a good local defense and the lack of success in the finisher deprived the Dianense team of a better result.

Next week CFS Mar Dénia "A" will receive a visit from Club Manresa FS, in a match corresponding to the 5th day, which will be played at the Joan Fuster Municipal Pavilion on Saturday 21/11/2020 at 16:00 p.m.