The pair representing the team of Dénia, Pere Roc II and Tomás II, fell defeated against the one formed by Puchol II and Carlos, of the Vinalesa team, in the "Copa Diputación de Valencia" of scale i corda, by the score of 45 60

The final was played at the Trinquet de Guadassuar where the sweltering heat made a dent in both the players and the audience. The sports facility registered an absolute full with fans of both teams who were cheering for their teams. 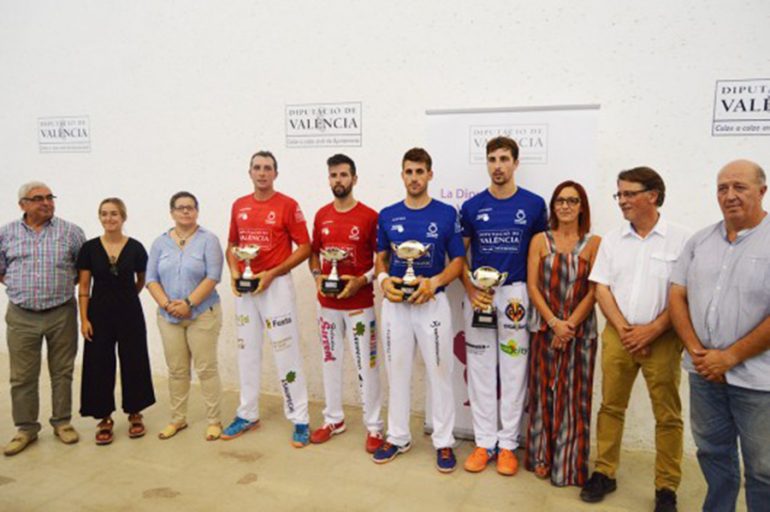 The game broadcast live on Valencian public television began with great expectation. The players were received by the local pilot school that made a hall of honor to the protagonists.

The game was very even, with alternations in the score until 25-35 when the blue pair, Puchol II and Carlos, gained distance with respect to the Dianense set. Pere Roc II and Tomás II managed to recover the disadvantage but without finishing the comeback by staying in the 45. The triumph fell on the side of the Vinalesa formation.

The game had fifteen minutes of infarction with impossible rebounds from the two best remains of the moment. Note that Guadassuar trinquet was small, not by the massive influx of public, but by the powerful arms of the players, who sent up to eleven balls to the gallery above.