Defeat of CFS Mar Dénia, who attended the meeting with two casualties and two sanctioned, against Horadada

The last meeting of CFS Mar Dénia last Friday at the Municipal Pavilion of Pilar de la Horadada was somewhat bitter. The Dianese team went to the match with last-minute casualties from Robert Naranjo and Jordi Más and with Borja Conesa and David García sanctioned previously. 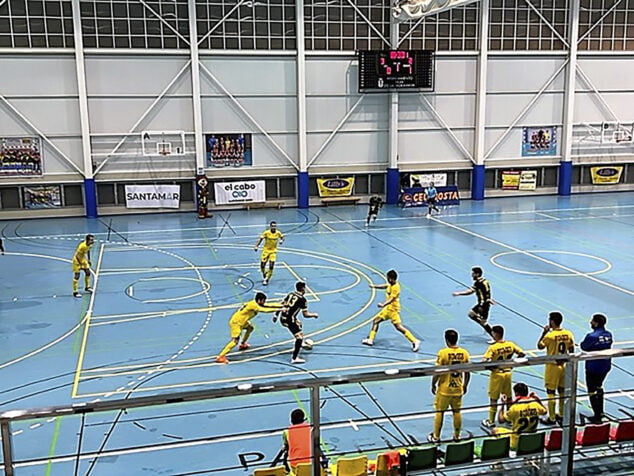 Despite the difficulties, the Dénia team made it 0-1 in the first minute. With 4 minutes to go before the break, the local team committed their sixth foul. Before the break the score was 2-1, so the downturn led to Horadada reaching the break with an advantage on the scoreboard.

Started the second part, the rival scored 3-1 and forced the Dianense team to suffer a hard physical wear. In the 30th minute Jose Martí introduced the ball into his own goal and left Horadada with a 4-1 lead. Although Mar Dénia tried to equalize the score, the end of the match came with a 4-3 and the defeat of Dénia.

This week, CFS Mar Dénia will play against CDFS Aspe on day number 21 at the Dénia Municipal Sports Center. Occasionally, the next meeting will be to the 16: 00 h and not at 18:00 p.m., as usual.