Few options of victory had the whole Garbí Dénia during his visit to Sporting Saleasinos track. The dianenses fell to 34 22 in the game for the ninth game of the season in the First Provincial handball game.

Bad start of the match by the two teams, as it took more than 8 minutes to open the scoreboard. Little by little, the locals were singing and with a partial of 4 to 1 took the control of the scoreboard. The difference of 3 goals remained until the meridian of the first time. The dianenses despite playing in numerical superiority made many mistakes and the Sporting Salesians took advantage of them. The rest was reached with a score of 18 to 9.

The second part was total domination of the schoolboys were able to maintain a good defensively and managed very well the advantages on the scoreboard. At the end of the match, 34 22 to a clear victory of a team that after this day was placed second in the standings.

The sad news is downward Felipe Garrido, a vital player in the Dianense set, which will be out of the tennis game, indefinitely, until he recovers from a knee injury trailing since the beginning of the season. The good news is the return of Borja Alemany that after a month of training and be available to the coach.

Handball fans will enjoy tomorrow at the City Hall of Dénia corresponding to the tenth match day of League of First Provincial to face the Garbí Dénia against BM. Horadada. A meeting that starts at 18 hours. 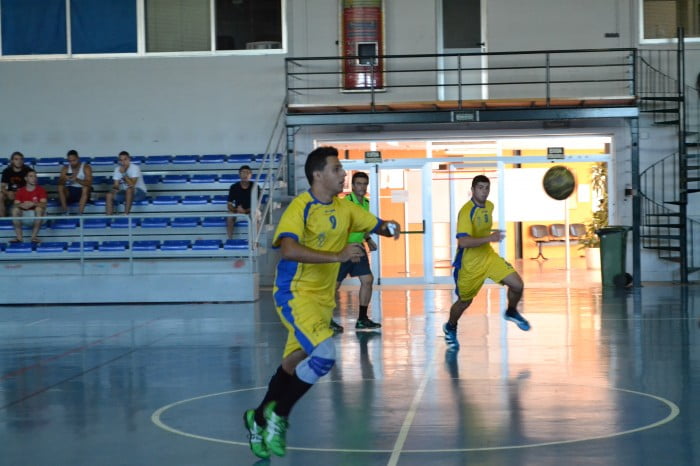