Almost seven years after four opposition parties and turncoat councilor desbancaran mayoral socialist Paqui Viciano in the motion of censure of 2008, have known the existence of a complaint for alleged planning corruption against councilors eleven promoters such motion.

The Court No. 3 of Dénia has been held by a complaint filed by the Association Against Corruption and social regeneration (Accors), which considered that could have crimes of prevarication and against regional planning, urban planning, protection of historical heritage and the environment.

It was last June 2014 when the association filed a notice to the Attorney General's Office enumerating what they considered crimes, complaint was filed to the prosecution of Benidorm and was formalized last 8 January at the Palau Dénia Justice. Now, the investigation of such a complaint should be carried out by the magistrate No. 3 of Dénia.

The fact that the prosecution present as a complaint indicates that they consider that there is something to investigate, and be the judge Javier Reyes who should take the decision to open preliminary proceedings.

The Association Against Corruption and social regeneration (Accors) bases its complaint on four actions carried out by the pentapartito formed by the Popular Party, Center Unificat, Gent of Dénia, PSD and Councilman defector Juan Collado, who believe that they did not respect environmental reports to City Council technicians also dismissed. 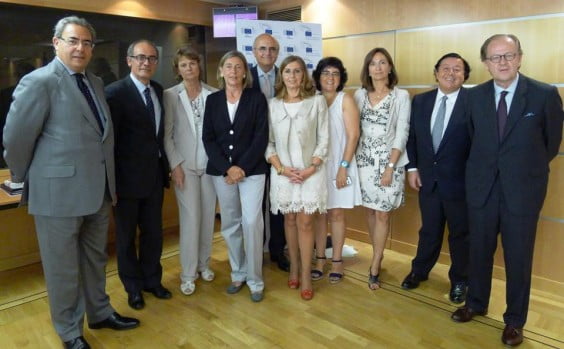 Accors understands that there is evidence of crime in requalification of land sector 2 Racons, Qualified in the proposed General Plan Transitory undeveloped land as special protection withdrawn by the Ministry of Territory to become developable land suspended after receiving the argument of the company that owns the land. Paqui Viciano government appealed the decision of the Government, resource did not continue with the new government Ana Kringe. The association claims that the sole administrator of that company was the then councilor Juan Sancho, who wanted to build 900 homes in the area.

Finally, Accors highlighted in its complaint the lack of protection of the Baroness estate and Les dune cord Deveses. In the first case, the government did not protect the garden pentapartito even though it was listed, and the second, he proposed to modify the green zone that prevented construction in the area including therein a dotacional floor and a vial.

From the Accors Association shows "satisfied" its "collaboration against corruption in Dénia", Noting that "It has been a laborious and possible work thanks to the extensive information received from citizens committed to eradicate the scourge of corruption".