Complaints to people who violate the state of alarm decree continue. Of the 69 people identified and of the 348 cars controlled, the Local Police and National Police filed 55 complaint acts yesterday and one for the sale of drugs. 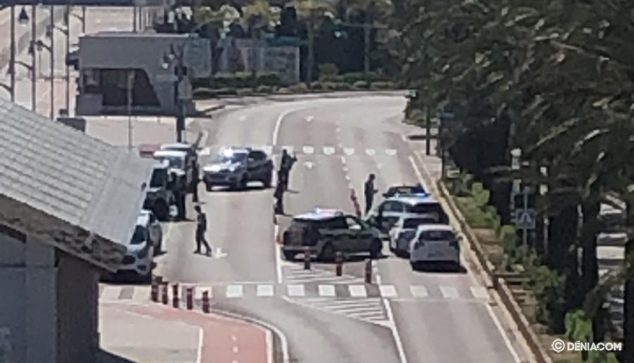 Control at the port

Appear, among these sanctioned, the first cases of people from outside Dénia who are in their second residence. One of them, from València, states that she is at her father's house after fleeing from the police. In addition, on the road to Les Marines, the driver of a vehicle whose address is in another autonomous community was also reported, not justifying why he goes to his second residence.

There have also been several cases of people sharing activities in common areas of their farms or urbanizations, on one occasion two playing with a ball on the terrace of a community and on another three people sunbathing in a community pool. Likewise, some have dared to go to the beach to sunbathe, being also sanctioned.

In addition, during the busy day yesterday, a person was caught who was caught exchanging a bag of cannabis.