They denounce 7 people gathered in the break of a reform

The Local and National Police in Dénia denounced 40 people yesterday for skipping the measures decreed in the state of alarm. Returning to work has been used by many to relax and carry out work, perhaps due to ignorance, which is not allowed. 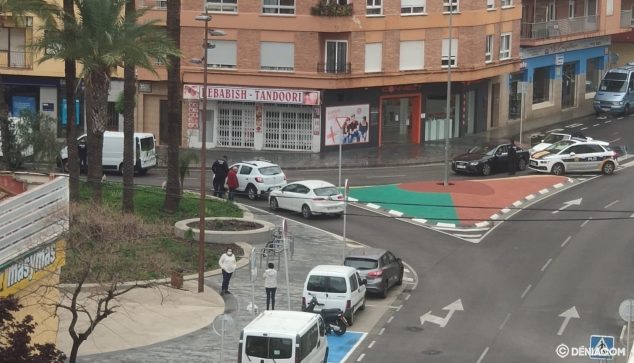 Control in the Arxiduc Carles square

The most common is to carry out reform work without justification and without complying with the relevant security measures. Yesterday, on Hermanos Ferchen street, 7 offenders were reported who were inside a restaurant eating at a single table. Around them, several buckets of paint were waiting, supposedly to reform the premises, as they declared they did every day. All of them were denounced. It also happened in another work in the center of Dénia that settled with 2 other accused.

In addition, yesterday some officers who carried out a police control arrested a person for disobedience, after repeatedly refusing to be identified.

Diego Mena: “We will open in June with great uncertainty, but I am convinced that in Dénia we will work well because we have many national and second-home visitors”
May 26 2020
3 Comments