The organization Circuit a Peu Marina Alta of popular races confirmed in its last meeting the inclusion of Dénia in the next edition. 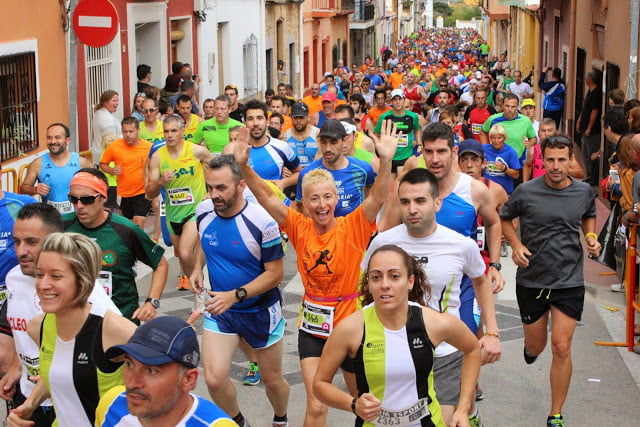 A news that has been very well received among the hundreds of dianenses athletes who usually participate in this circuit and who missed that the capital of the Marina Alta had a career.

The mayor of the municipality, Vicent Grimalt He commented "I want to thank the efforts that the Athletics Club Baleària Diánium has made to get Dénia presence in this sporting event and at the same time it is a particular satisfaction since it was one of our proposals in the electoral program that we present".

Grimalt also mayor, who directs the area of ​​tourism stressed the importance of hosting a race like this, "the tourist promotion of the city through sports events is very important. It should be borne in mind that will be about 2.000 people that will be participating to which must be added to his companions and this is very good for sectors like hospitality".

The main municipal president asked "we need the involvement of many sectors of the population to the test a success, that is why I ask the cooperation of the various associations we have to achieve it".

For its part, Marián Tamarit, councilor of sports expressed his satisfaction for having achieved one of the objectives that had been marked, "I think I've achieved two main objectives as they have been in 4 months; the regularization of the situation of sports monitors and Dénia this within the Circuit a Peu".

Dénia test will be held on April 2

It is confirmed that the test that will have a length of 10 kilometers will be held on Saturday 2 from April to 19: 00 hours. The layout is not made definitively but the vice president of the CA Baleària Diànium, Ricard Pérez announced that it will be for the urban area, "It remains to be defined definitively the circuit but has asked us to take two steps the Calle Marques de Campo. That is why we will surely set up a circuit of about 5.000 meters that will be given two rounds".

Perez said "It was a request of all the part of the circuit, but to be the club needed the municipal support have now had, otherwise the race organization was not possible".

This race is not scoring for the Circuit as it is a norm whenever a new population adds to it.