The Departure Madrigueres de Dénia recorded, around 21 hours, more than 100 l / m2 accumulated in 12 hours. The tide that has formed in the streets has caused the cutting of traffic in different ways: Miguel Hernández, Marineta Casiana, Joan Fuster and Explanada Cervantes, as well as the roads: del Llavador, Camí Gandía, km 1, Pinaret d'Elies ( old factory of portland).

In Patricio Ferrándiz Street, the water surpasses the sidewalk and according to neighbors, it is beginning to enter the houses. The situation is also worse in the Paseo del Saladar, where the water reaches the middle of the wheel of parked vehicles.

At the moment the rain is being intense in Dénia and the region and is accompanied by a strong electrical storm.

At 23: 30 hours, the rain data in Partida Madrigueres grazed the 195 liters / m2, but the amount was higher in the EATIM Jesús Pobre where the 235 liters / m2 were registered, while in the Santa Llúcia station the rain accumulated was of 230 liters / m2.

After the 1 of the dawn, Dénia had accumulated near 240 liters / m2 in about seven hours of heavy rain.

AEMET has decreed red level alert for this early morning. 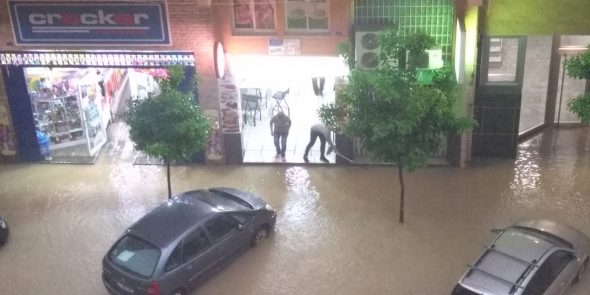 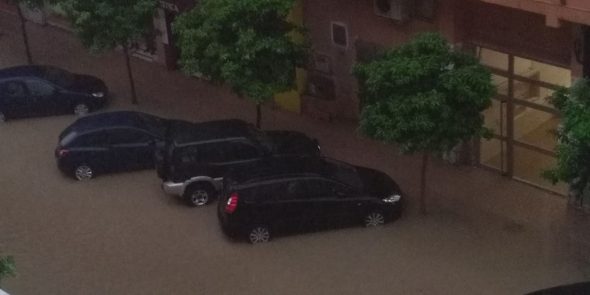