The municipality of Dénia has launched a process of public participation so that citizens are responsible for choosing the projects in which to allocate the funds of the Trust Plan of the Generalitat. In total, these funds amount to 8.158.896 euros, of which 287.310 euros will go to La Xara and 135.335 euros to Jesús Pobre.

The municipal government has compiled a list of 37 possible actions selected taking into account the parameters of the Local Action Plan of the 21 Agenda approved in 2009 and also following the principles of economic dynamism, urgency and public interest, as indicated by the mayor, Ana Kringe. 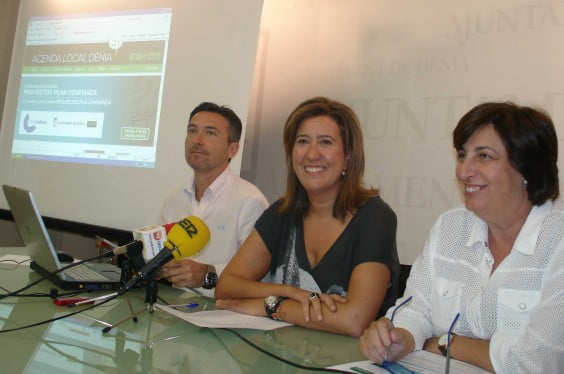 A new bus station; the redevelopment of Arxiduc Carles square, Sandunga and Fontanella streets, Camí del Cementeri or La Mar street; the installation of traffic lights at the intersection of Diana and Joan Fuster streets or the adaptation of the industrial estate are other proposed actions.

How to vote for a project

To cast the vote, you have to enter the Website of the 21 Local Agenda of Denia and select ten projects from the list. Each IP address may issue a single vote. The voting process opened yesterday at noon and will close on Friday 25 in October.

At the end of the survey period, a report will be made of the ten most voted projects for economic justification before the Ministry of Finance. The selected actions will also be discussed in a Municipal Finance Commission and will be approved in full.

Councilman 21 Agenda, Vicente Chelet, recalled that the election of projects that are now subject to public voting "is not new" but emerged from a methodology of participation prior to the approval of the Local Action Plan, "reference document that already included them". Likewise, the priorities expressed by the technicians of the different municipal departments and the opinion of bodies such as the Tourism Council, associations and the municipal opposition groups have been taken into account.