Last Sunday, before the crida and the opening of failuresAnd so something unnoticed, opened at the top of the Consell Square Espai Faller Denia, a corner that is born with the will to become the cornerstone of a future desired Fallero Museum. 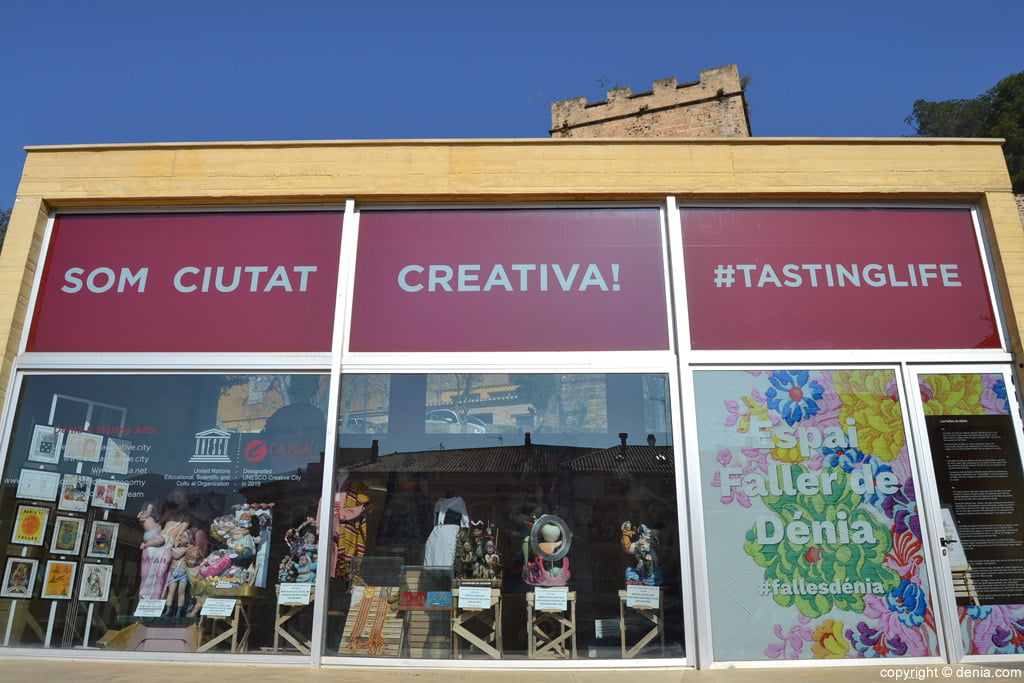 El Espai Faller it has become a showcase summary of the festival, which will be visible the 365 days a year to publicize our most international festival. Its creation has been possible thanks to the falleros Vicent Ivars Ivars Miguel and Marta Pérez and poster designer this year, Diana Arias. They have also enjoyed the cooperation of the departments of tourism and festivals, the Local Board Fallera Denia and Dianense artist Enric Ginestar.

Visitors who pass fallero see this showcase will find about a dozen of ninots assigned by different faults in Denia and also by individuals who wanted, in this way, contribute their bit to this project. There are also clothing, specifically two Valencian costumes and costume fallero and falleras older bands, espadrilles and falleros dressings. Exposure Espai Faller complete with some posters in the history of the party and explanatory texts in different languages, the history of the Fallas festival. 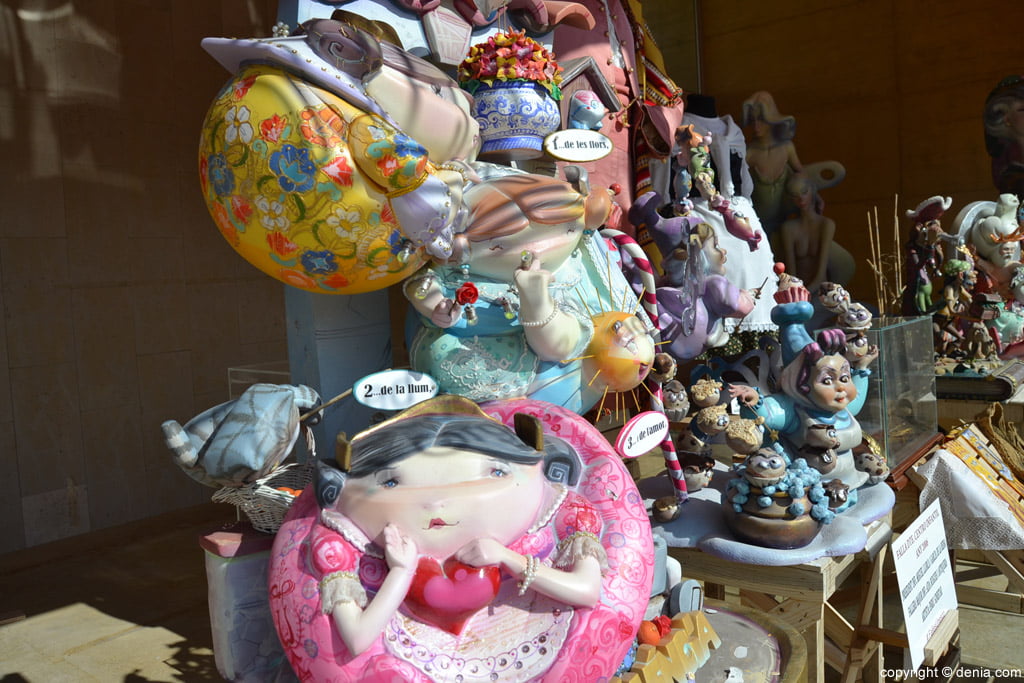 This project, which has just been born and evolve according to the needs of the party, will also host each year as selected figures ninots indultats. Thus a constant update ensures content Espai Faller, A living space throughout the year, like the flaws in Dénia. 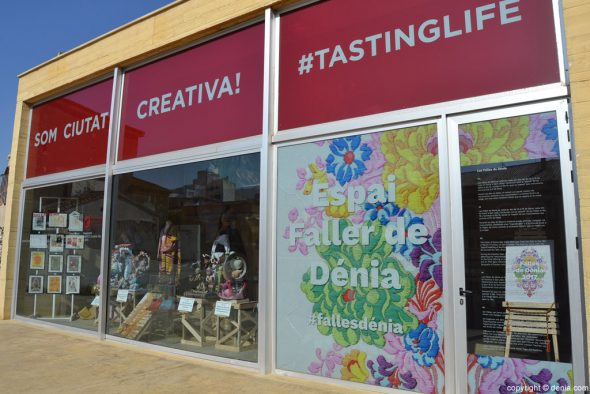 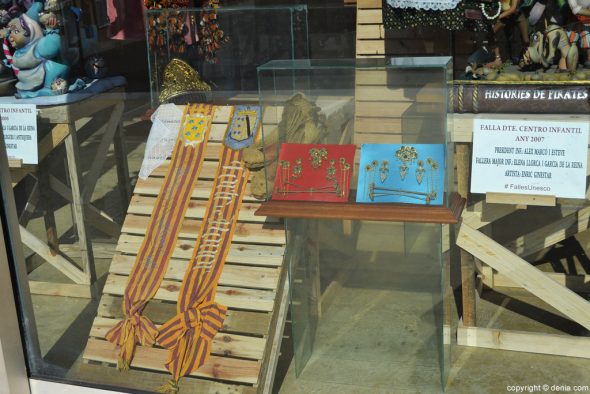 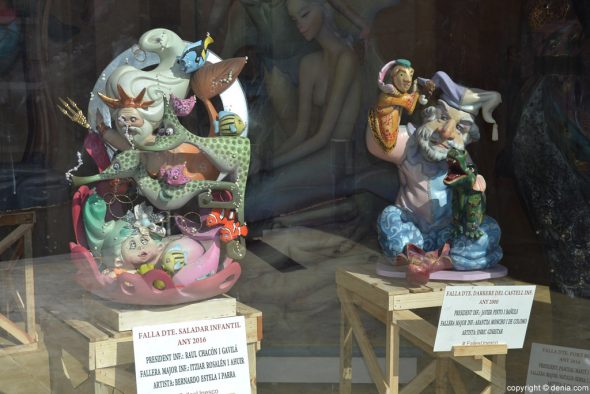 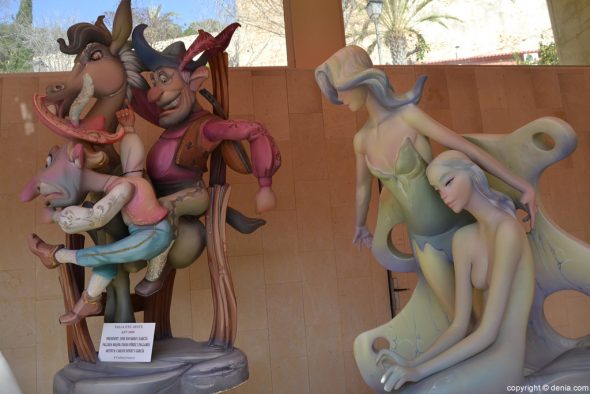 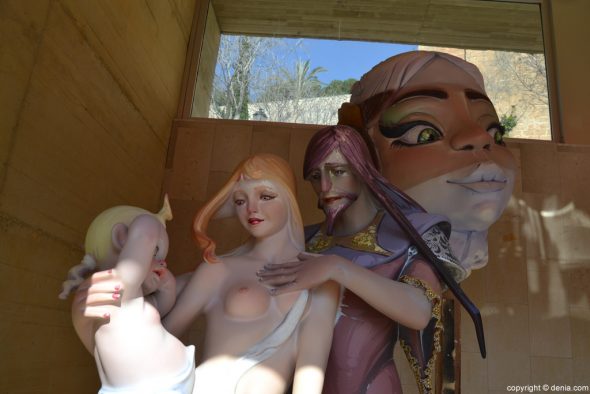 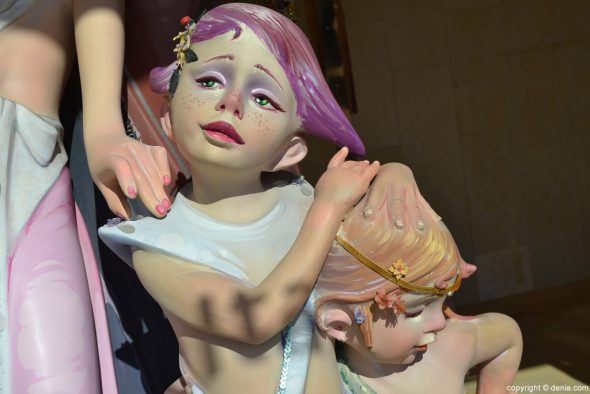 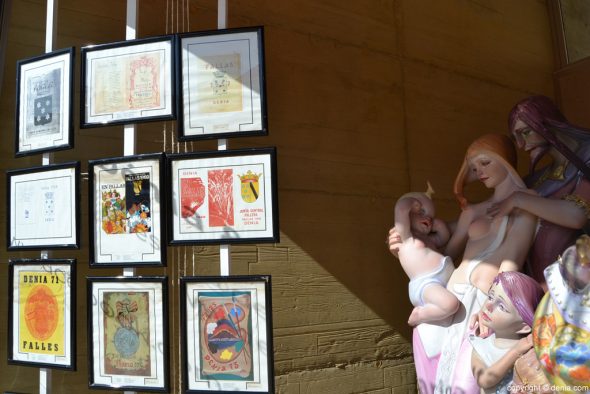 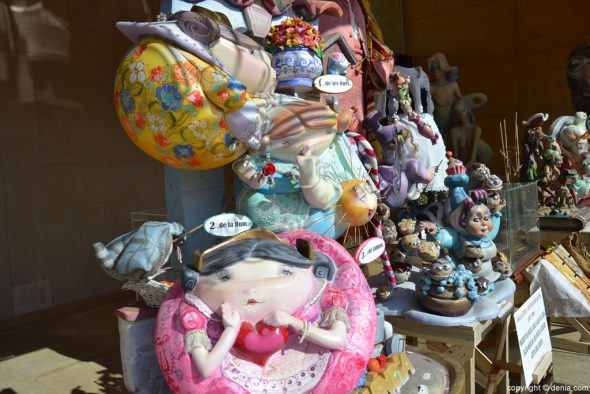 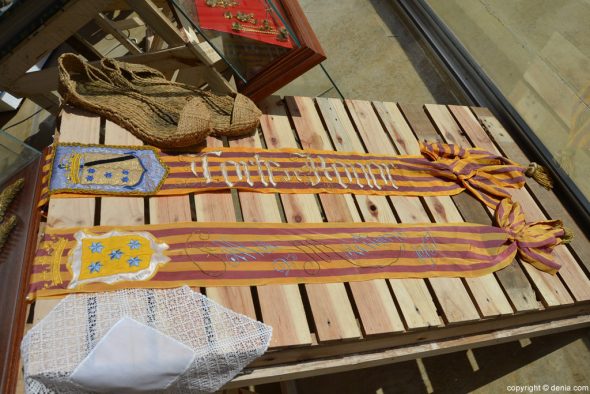 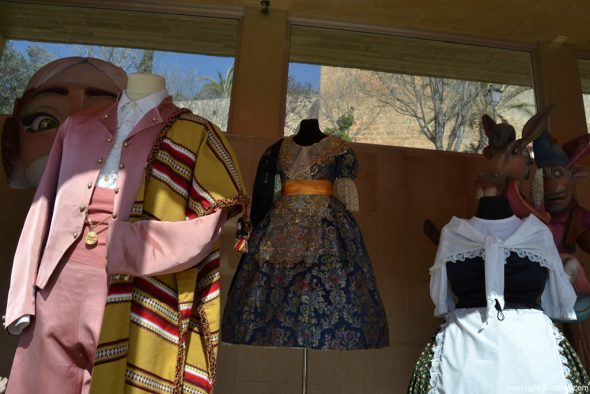 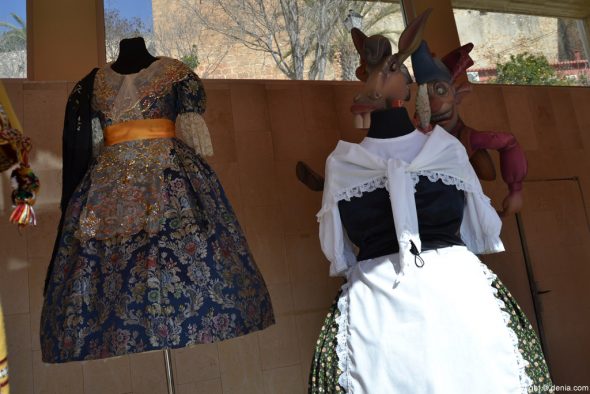 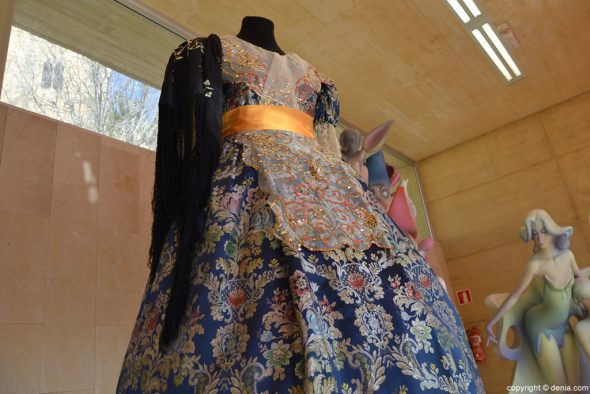 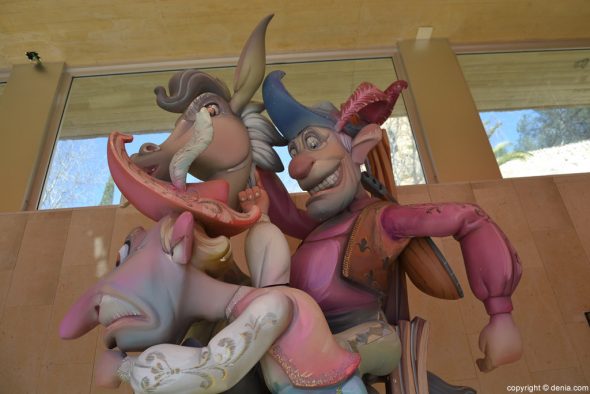 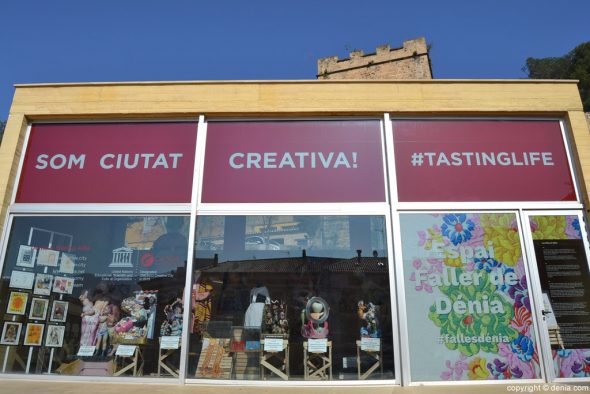