Burgos hosts from the 22 to the 25 of this month of February the II National Meeting of Creative Cities UNESCO, in which the nine Spanish cities that are currently part of the network in any of its areas will meet. Dénia will be present in the two areas in which the meeting has been divided: workshops during the weekend and work forum on Monday and Tuesday next.

On Sunday at noon, the city of Dénia will participate in an activity open to the public in the La Pergola area of ​​the Burgos capital, offering a cooking demonstration by Octavio Moreno and Marta Vázquez, from the Octavio's restaurant. They will present two emblematic elaborations of the city: a brown rice and red prawns from the Dénia fish market. The Dianense participation will take place within the framework of a generic session shared by the only two Spanish cities of the Gastronomy network of UNESCO, Dénia and Burgos, the host city of the meeting.

On Monday 24 the mayor of Dénia, Vicent Grimalt, will intervene to explain the city's project and the activities carried out in the UNESCO network since its incorporation in 2015. On Tuesday, the mayor and the director of the Office of Innovation and Creativity, Floren Terrades, will intervene in the working session in which the itinerary and common strategy to be followed by the group of creative cities in Spain will be proposed.

The first meeting of the UNESCO Creative Cities of Spain was held in February 2019 in Granada. In that first meeting, the Ministry of Culture announced the commitment of the Spanish Government to seek formulas for collaboration and help so that cities can develop their national and international activity.

The nine Spanish cities of the UNESCO network are Dénia and Burgos (Gastronomy), Barcelona and Granada (Literature), Terrassa and Valladolid (Cinema), Seville and Llíria (Music) and Bilbao (Design). 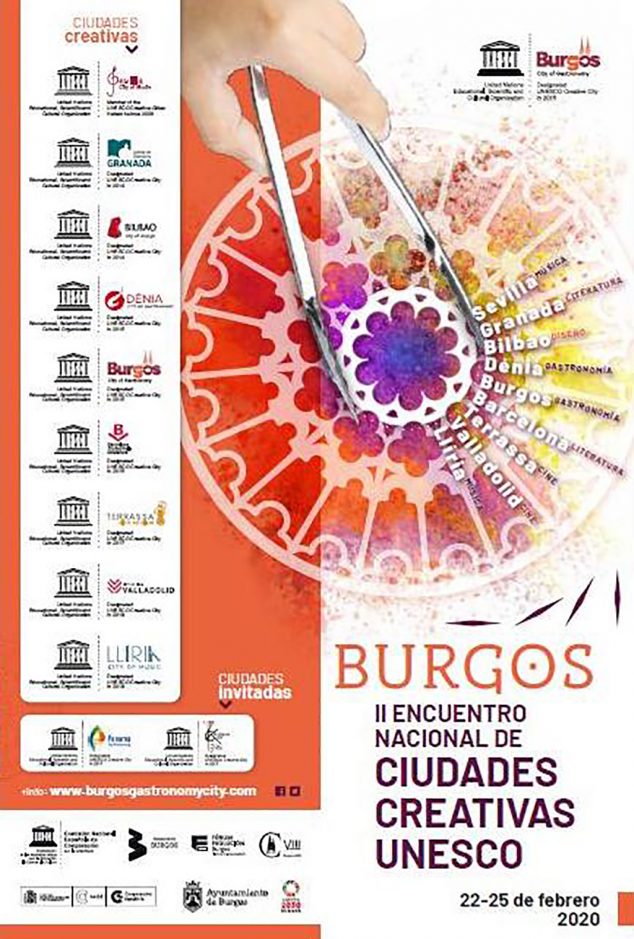