The first women who joined the distribution unit of the State Service of Post and Telegraph in Dénia, or what is the same, the first portfolios that went out to the street, will be honored this year, on the occasion of the celebration of the 8 of March, International Women's Day. 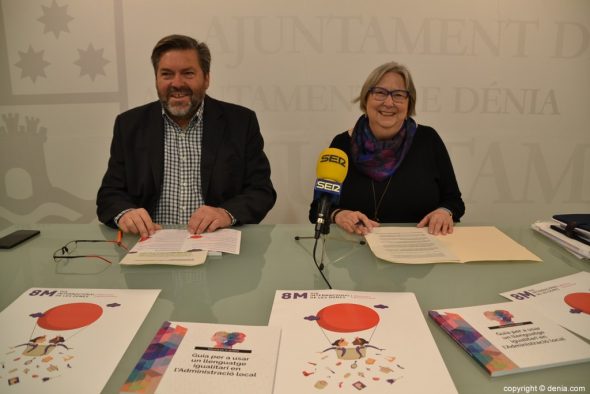 As every year, from the council of Equality of the local consistory is organized a special recognition that focuses the acts of March 8. On this occasion,? The first portfolios will receive their tribute at the institutional event to be held on Saturday, March 9, at City Hall.

Beyond the institutional act, the council headed by Elisabet Cardona has scheduled an extensive program that includes lectures, exhibitions and theater, among other activities.

Activities of the International Women's Day in Dénia

From March 1 to 15 Municipal House of Culture Will expose the sample Il·lustració, còmic i compromises social, ceded by the Fundació pel Llibre i la Lectura (FULL), with the collaboration of the Generalitat Valenciana through Pla Valencià de Foment del Llibre i la Lectura.

El March 4 Monday, to the 10: 00 hours, the talk will be given Who is atrau i per què ?, by Marcos Castro Sandua, professor at the University of Barcelona and communicator. This talk is aimed at 6º elementary students and their families. Free entrance.

The acts continue on Wednesday, March 6, with the screening of the documentary The Belgian Moms, which tells the story of some mothers who fled from Brussels to Ontinyent during the Civil War to work in an international military hospital.

El Thursday March 7 Xarxa de Dones has convened the women's demonstration that will start from Glorieta from País Valencià to 19: 30 hours. That same day, at the 20: 00 hours, the play will be performed Feminine Women move the world, Maracaibo Theater. Free entrance. 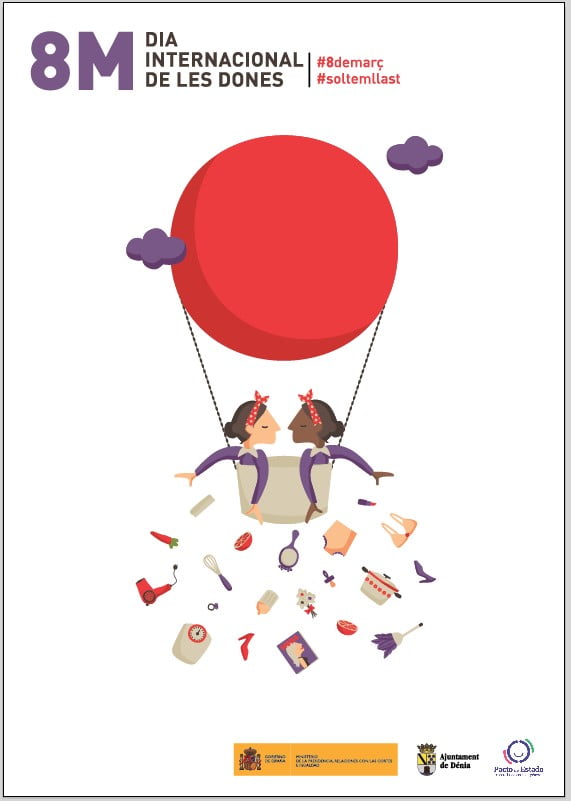 Music will also have a place in the programming of International Women's Day. The Friday 8 day, at 20: 30 hours, the disc will be presented at the Centro Social de Dénia Com a gust meu, by Cristina Blasco Trío. Free entrance.

El Sunday March 10 will be held at the Dénia Municipal Sports Center, the indoor football match between the girls of the CFS Dianense-DPrint and the Xaloc-Alicante B to the 17: 00 hours. In the afternoon, at 19: 00 hours, the film will be screened The Divine Order in the auditorium of the Social Center, a screening organized by Matria, Associació de Dones.

El Monday the 11, at the 19: 00 hours, the Centro Mujer Dénia will give the talk The gender perspective: a new way of looking, in the Municipal House of Culture. In addition, from that same day and until April's 12 it will be possible to visit, in the Joves Art Room of the Juventud building, the exhibition of Elia Masanet Olmos, Paint-se per dins.

The acts will end on Tuesday, March 12, with the day on Woman, Francoism and repression: A historical debt that has organized the Associated Center to the UNED in Dénia.

The events of commemoration of the March 8 in Dénia are illustrated this year by Dianense designer Marta Colomer, Tutti Confetti, that under the label #soltemllast proposes two women of different races throwing everything that is a drag to move forward. And they do it from a balloon that elevates them, highlighting the empowerment of women. 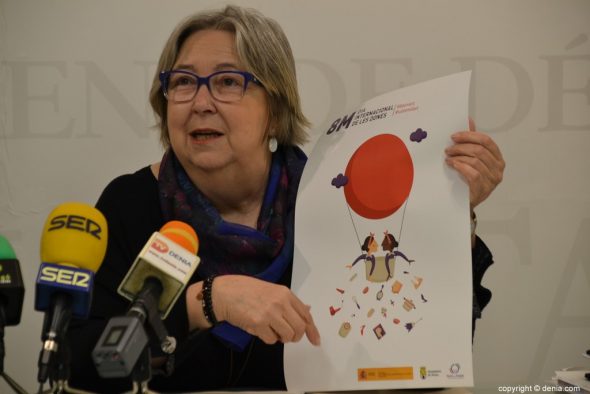 Guide to use an egalitarian language

The City Council of Dénia has also presented the Guide for Using an Equal Language in Local Administration, a publication from which 200 copies have been published in order to distribute them in the local administration and in the educational centers with the aim of writing texts in an inclusive manner, as explained by the councilor of education and culture, Rafa Carrió. 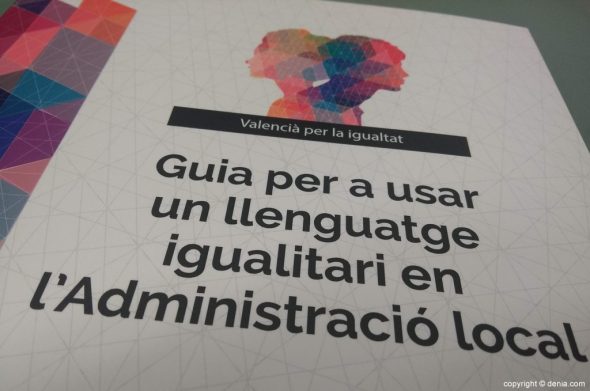 Concentration of Matria and the IES Nª3

This year, again, the women's association matria joins the students of IES 3 Number of Dénia in the concentration they will hold, the March 8, from the 11: 00 and until the 13: 00 hours in the Plaza de la Constitución.

On the same day, three buses are scheduled to depart for the march of women in Valencia, to which, for the moment, more than 100 women from the region have joined. Buses will depart at 16: 00 hours from Torrecremada.

In addition, the 14 day in March, at the Casa de Cultura at 19: 00 hours, they organize the conference entitled The sexist language Practical examples and proposals imparted by María López, associate professor at the University of Alicante.