Álvaro, Salva and Herrera, team players representing the Circuit Bancaixa Dénia and won the Major League XXI Escala i Corda 2011 / 2012, were received last Friday at City Hall as a tribute to his victory. 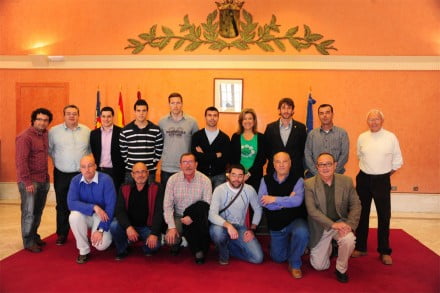 Players signed the book of honor of the city, received plaques commemorating his victory and gave the city a signed shirt. Players had the support of fans, members of the municipal corporation and members of the Club de Pilota. 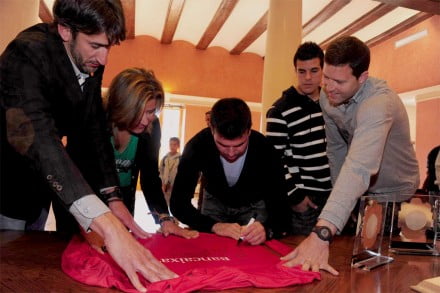