It could not be and Dénia Futsal Leganes returned with an undeserved defeat, falling by 4 3 before the Silver to Novanca. Madrileños with this victory in qualifying match for dianenses.

The clash began with highly concentrated local printing a high tempo. The tasks performed dianenses containment looking surprised at some counterattack. Within three minutes, the locals went ahead on the scoreboard, after a loss of ball the defense Dianense. 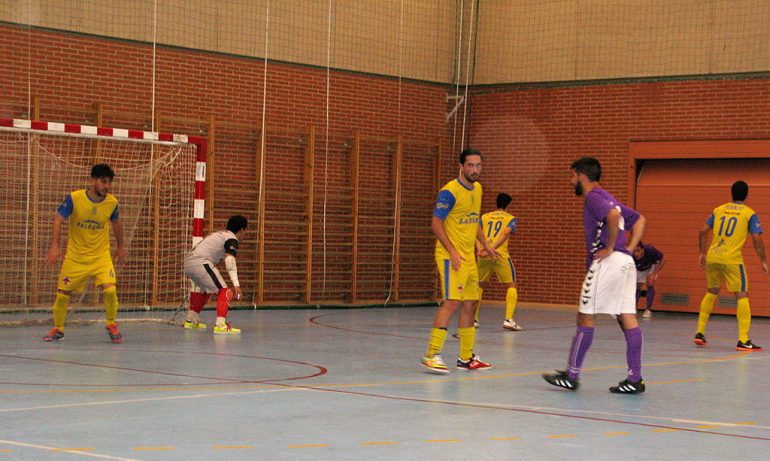 The goal served to men who run Javi Arnau comenzasen awakened and have more possession of the ball. With the passage of minutes the team of Marina Alta had control of the game, against an opponent that clear cut with faults penetration attempts visitors.

This local defensive intensity led them to have five fouls before 10 minute. A circumstance that had no relevance since although the tickets remained strong, the arbitration couple did not indicate a fault.

Dianense in the domain, the ball came Ferrán who shot at goal, the ball went wide, but David Jaén, Well placed at the far post hit in beating the home goal. With this tie one it came to rest.

The Dénia Futsal was more or less

The return to the track of the Dianense team was exciting, they printed one more march to their game and after two minutes they went ahead on the scoreboard. It was David Jaén who finished a good collective play. A bit that surprised the locals who went through a few minutes of many doubts, being at the mercy of their rival. That was taken advantage of by Dénia Futsal, to score the 1 at 3, with a goal by Luis Llinares.

This goal did not sit well with the Madrileños who once again raised the defensive intensity by abusing several aggressive actions that the referees failed to cut. The dianenses fell into the trap of dirty play and forgot to play, that was their big mistake.

With both teams loaded with faults, the first double penalty fell from the local side, luckily the Dianense goalkeeper, Andoni, happened to stop. With five minutes remaining local goalkeeper coach opted to put a player and went right.

37 minutes into the Silver Novanca managed to score two goals that helped him to tie the game. The worst was yet to come as the Dénia saw as a victory that eluded them had deserved. In the last play of the game, a long pull of home keeper was brushed by a Silver player scoring the final 4 3 to.

With the setback of defeat and infected by the atmosphere, the game ended with multiple discussions and protests that brought about the expulsion of Tarín and Curro already finished the game.

After this defeat and after completion of the matches of the day, the Dénia low Futsal to seventh in the table, but level on points with fourth and fifth-placed and only 4 points of third place which gives option to play King's Cup next season.

Remaining six games to finish the league and Dianense team will have four games at home, only two shifts. Saturday played at 18 hours the first, in the municipal hall of Denia to the CDE Mejorada.