This morning the presentation of the III edition of the Master of Rice and Mediterranean Haute Cuisine of the University of Alicante, a title of this university that has the collaboration of Turisme CV and the municipalities of Dénia, Benidorm, Pego and Altea and which aims to train in the application of new haute cuisine techniques in the preparation of rice dishes using creative skills and sensory for the creation of contemporary recipes.

The presentation, which has been online, has had the intervention of the mayor of Dénia, Vicent Grimalt, the autonomous secretary of Turisme, Francesc Colomer, the director of the Center de Gastronomia del Mediterrani UA-Dénia (Gasterra), Josep Bernabeu-Mestre, the chef of Dénia, Quique Dacosta, the chef and owner of the Monastrell restaurant, Maria José San Román, Altea councilor, José Orozco, the mayor of Benidorm, Antonio Pérez and the mayor of Pego, Enrique Moll.

Grimalt has highlighted the importance of "strengthen the product of this land". The first mayor of Dénia has indicated that "We have a kitchen of identity, which added to the techniques provided by this master and creativity, we make room for rice in haute cuisine". 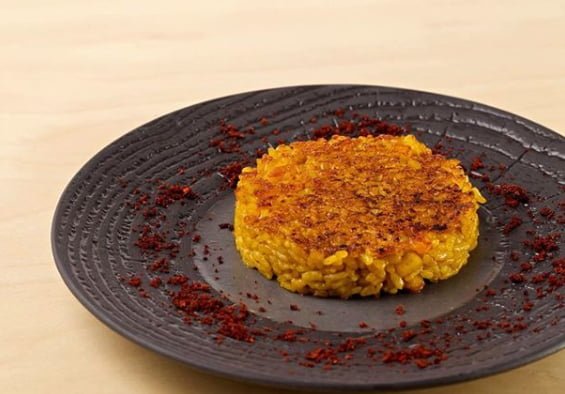 Vicent Grimalt has mentioned one of the novelties of this edition; the scholarships, "The 8.000 euros we contribute will be divided into four scholarships, two for senior students and two for juniors."

For his part, the autonomous secretary of Turisme, Francesc Colomer, stressed that "We will be a gastronomic destination for being able to plant an ecosystem, also academic, to value our product and cuisine" and he added that "gastronomy, tourism and quality, which is a team victory, must mark our path".

The Master of Rice and Haute Mediterranean Cuisine, which already has the pre-registration period open, constitutes a very exclusive training offer due to its specialization and teaching staff. Bernabeu Mestre explained that this is a 600-hour program, which as a consequence of the COVID-19 pandemic, "This year it will have a blended character and is made up of an expert course, a specialist course and the final master's project". Students will learn about the culture of the star product, rice, and will acquire more skills and improve techniques on its production.

The course is aimed at people with a degree in hospitality and gastronomy, chefs or cooks with a certificate of professionalism level 2 or higher and students from intermediate or higher vocational training courses in cooking, as well as any professional with experience and concern for renewal and acquire new knowledge.