Dénia bet again on the culture as a complement to tourism

Summer in Dénia is sinómino sun and beach, but also a lot of cultural activity. Proof of this is the proposal of the Department of Culture for the months of July and August, which brings together fifty activities in different areas of the city. Councilman department, Rafa Carrió, Reeled programming, which despite including little new remains committed local artists and offering quality. 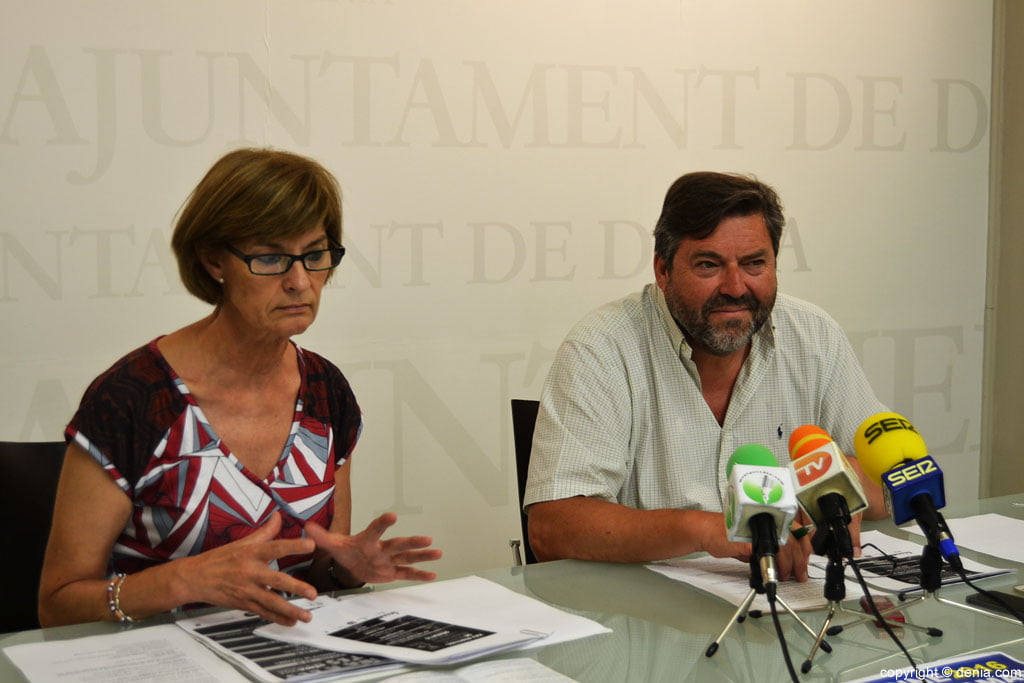 Saturday July 23 will take place at the port of Denia, the traditional Cantada d'HavaneresWhich this year celebrates its 24º edition. This time the group will be invited boira Lleida, who will share the stage with the organizers of the event, Rondalla Vent, Pols i Púa. At the end of the proceedings will proceed to the cream rum and its free distribution among participants.

It is another classic quintessential summer, which this year is forced to change its location due to the rehabilitation of the stairs of the palace of the governor are being undertaken in the top of the Dénia Castle.

The XXV Festival of traditional music and popular Music Castell will be held on July 29 and 30 and August 5 and 6 in La Vía street, with the novelty this year of the commitment to Valencian groups: Pep 'Botifarra' & Pau Cháfer, accompanied by the Dianense guitarist Miquel Pérez Perelló ( July 29); the saxophonist of Xàbia Kiko Berenguer with proposed fusion jazz-Flemish (July 30); the dolçainer Emili Someno the disk having 'Dolça dolçaina' (August 5) and Xaluq group compositions their first record 'empelt' (6 August).

This year jazz returns to the Torrecremada Gardens with four concerts in the month of August that will be held on Thursdays and will be starring Ernesto Aurignac (August 4); Sylvia Howard (August 11); Potato Head Band (August 18) and Ray Gelato & Enric Peidró (August 25).

125 coinciding with the birthday of the Tenor Cortis, the International Music Week this year, to be held from August 20 27 the Social Center, will be entirely dedicated to Dianense singer.

Anniversary of the birth of Tenor Cortis

Just this summer, August 12, 125 anniversary of the celebrated tenor, so the City Council has organized for that day a wreath at the square that bears his name at 19: 30 hours. Then there will be a free concert by the tenor José Manuel Mas and pianist Florencio Sáez in the auditorium of the Social Center at 20: 30 hours.

As has been customary in recent years, the Les Bassetes Park, in Marines, will host every Wednesday, at 22:00, different proposals. They will perform the Nova Companyia de Guitarres de Dénia (July 20), the Aplec de Rondalles organized by the Rondalla Daniya (July 27), the Marina Big Band (August 3), the flamenco group of María Sandoval (August 10) and the Colla del Cànter, with its traditional Valencian music and dances (August 17). On August 24, a film session with the screening of the movie Ex Machina.

In addition the little ones have an appointment every Tuesday, starting at 19: 30 hours on the street Via Les Rodamons and the show storytelling, workshops and children's party.

You can check the details of the summer cultural program in Dénia Calendar of Events.