The fighter of Dénia and the Training Unit team, David Trallero, will compete this coming Saturday, October 3, in the Bellator MMA League in Milan in the light heavyweight category. The Dianense warrior is one of the four Spaniards who will participate in this event. Together with Trallero, they will represent Spain: Acoidan Duque, Darwin Rodríguez and Nauzet Trujillo.

Trallero will face the Swedish Karl Albrektsson, a strong opponent who made his debut in this League against Phil Davis and beat the Russian Vadim Nemkov in Rizin.

The preliminary battles can be followed on Bellator MMA's YouTube Channel starting at 17:45 BST (18:45 hours in Spain). 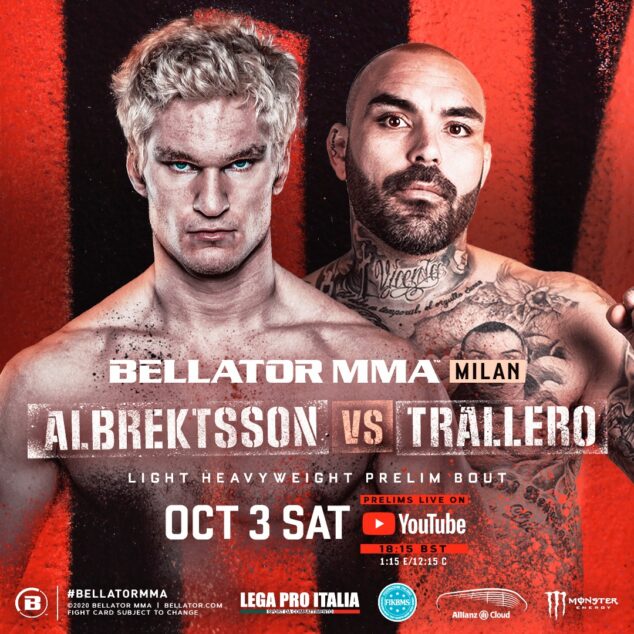